Candela makes other boats look old: The Candela Seven is the first day cruiser that can fly. The development of the first electric foiling motorboat Candela was far from hassle free. But now it flies farther, smoother and faster than traditional e-boats. In November 2019, it won the Best of Boats Award for the most innovative boat in the category Best for Future.

Gustav Hasselskog made it: After studying mechanical engineering in Stockholm and Munich, the swedish engineer managed a chemical company. But Hasselskog is a wandering spirit, waiting for a “real“ challenge. Another hefty bill after refuelling the boat on the way to the summer cottage brought enlightenment: He wanted to make boating more energy-efficient. Hasselskog wanted to develop something technologically new, something that would also advance the world. 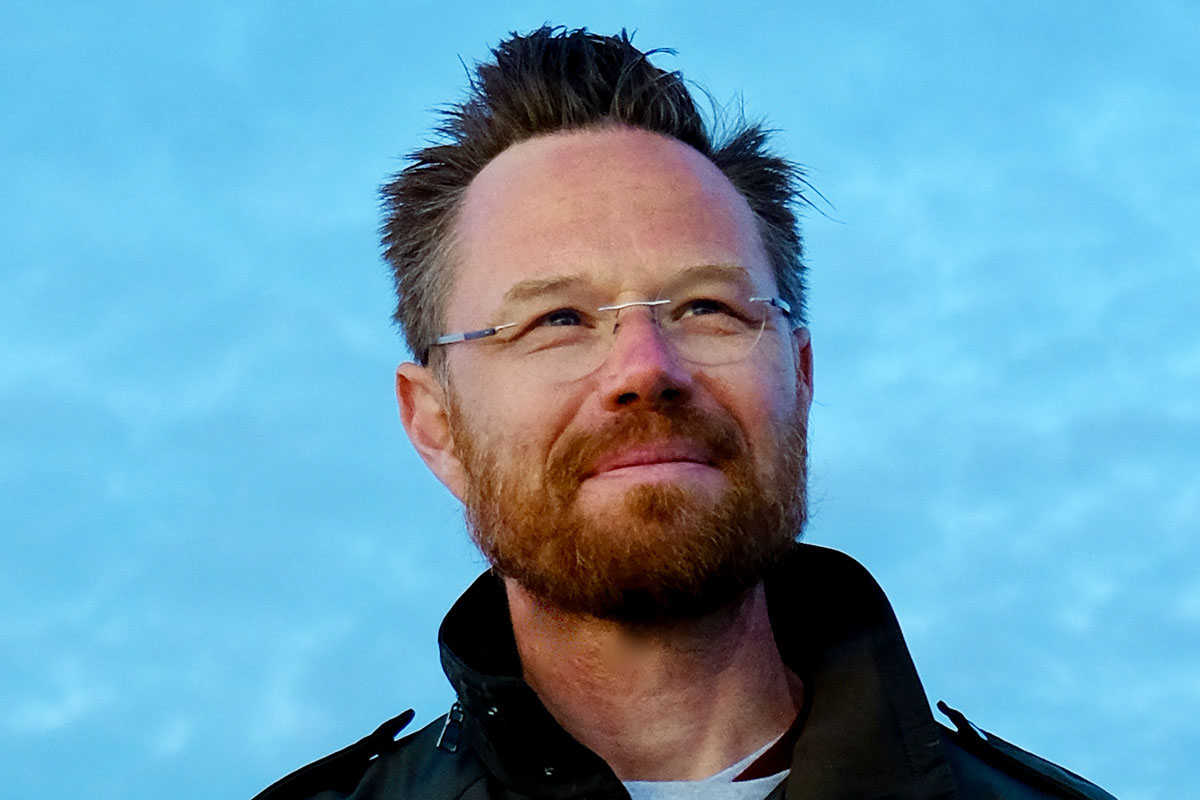 From hull to propulsion: an energy-saving boat must be light and have low frictional resistance. Since the 1960s, hulls made of glassfiber have become the standard. Although they are usually lighter than wooden hulls, they still require powerful combustion engines. In order to build an energy-efficient boat, you have to use other, lighter materials. Carbon, for example.

There is still the water resistance to beat. To drive a boat which is seven or eight meters long, you need about 15 times as much gasoline as a car. The reason for this is the water resistance. The power needed for propulsion can only be reduced if the hull comes out of the water. 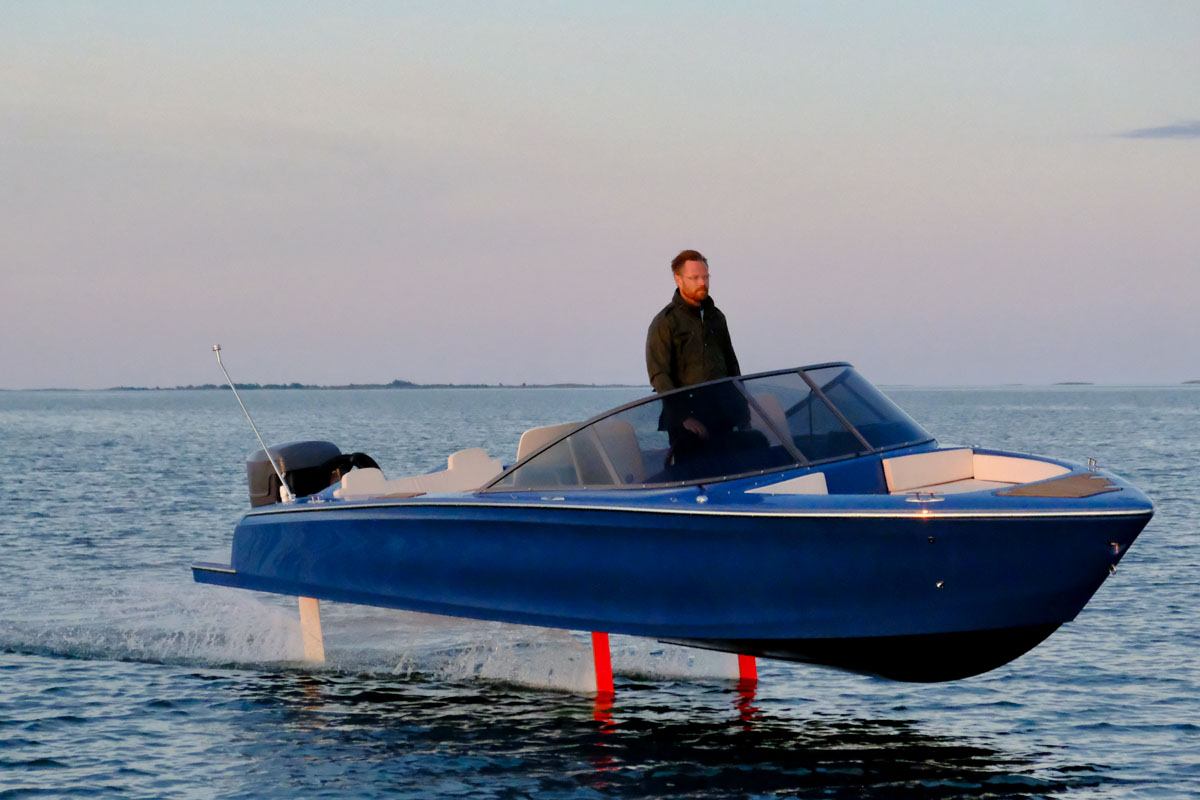 The hull has no more water resistance when foiling © Candela

Hydrofoil boats implement this principle: At a certain speed, the hull lifts out of the water, then the boat only moves on hydro-foils. Of course foils have a dramatically lower water resistance and this leads to significantly lower energy consumption.

If this is combined with an electric drive, the energy saving effect is even higher. Electric motors pass on almost 90 percent of the energy used, while a combustion engine converts only about 25 percent of the thermal energy into mechanical energy. 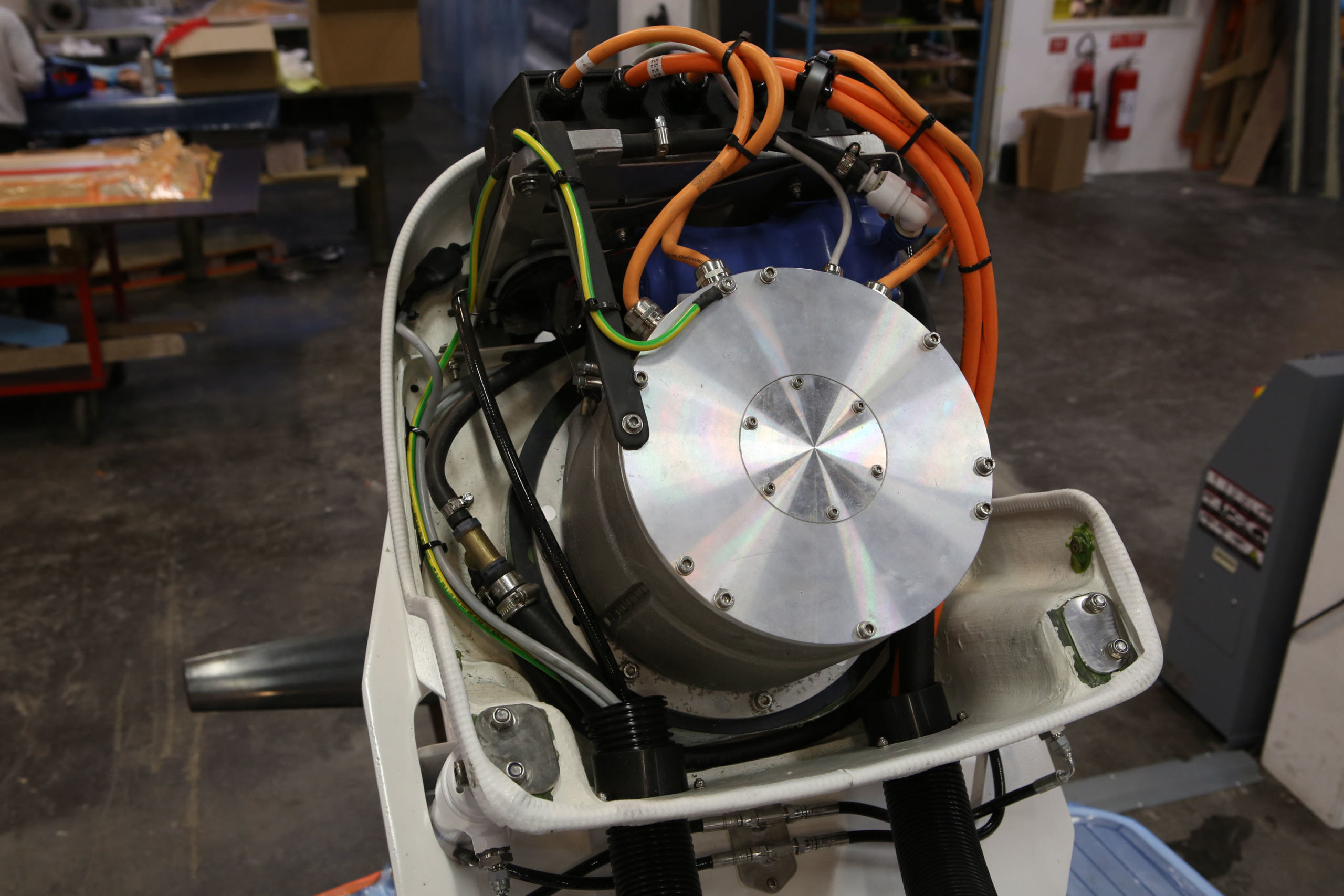 Hasselskog gave himself a year’s time

By 2014, Gustav Hasselskog had progressed so far with his development that he made a decision: he resigned, sold his summer house and gave himself a year’s time. Time to search for the right people: some with knowledge, for example on hydrofoiling, and some with money to finance his idea.

The Swedish online magazine Hamnen was a stroke of luck for him: when the journalists published an article about the engineer’s plans, a private investor contacted him. The man was so enthusiastic about Hasselskog’s concept of the Candela Speed boat that the financing of the project was now secured. Gustav Hasselskog started the first project phase in 2015.

The inventor found support all over Europe: He talked to hundreds of experts. In the meantime, know-how from twelve countries has flowed into his project. The Candela team includes experts from the fields of composite materials, engineering, control electronics in combat jets, America’s Cup hydrodynamics, truck transmissions and hydraulics, dynamic modelling and drone control software.

The accumulated knowledge went into the development of the first prototype that Hasselskog’s team launched in August 2016. Seven months later, in the experimental phase, they were ready for the pre Candela boat to take off. 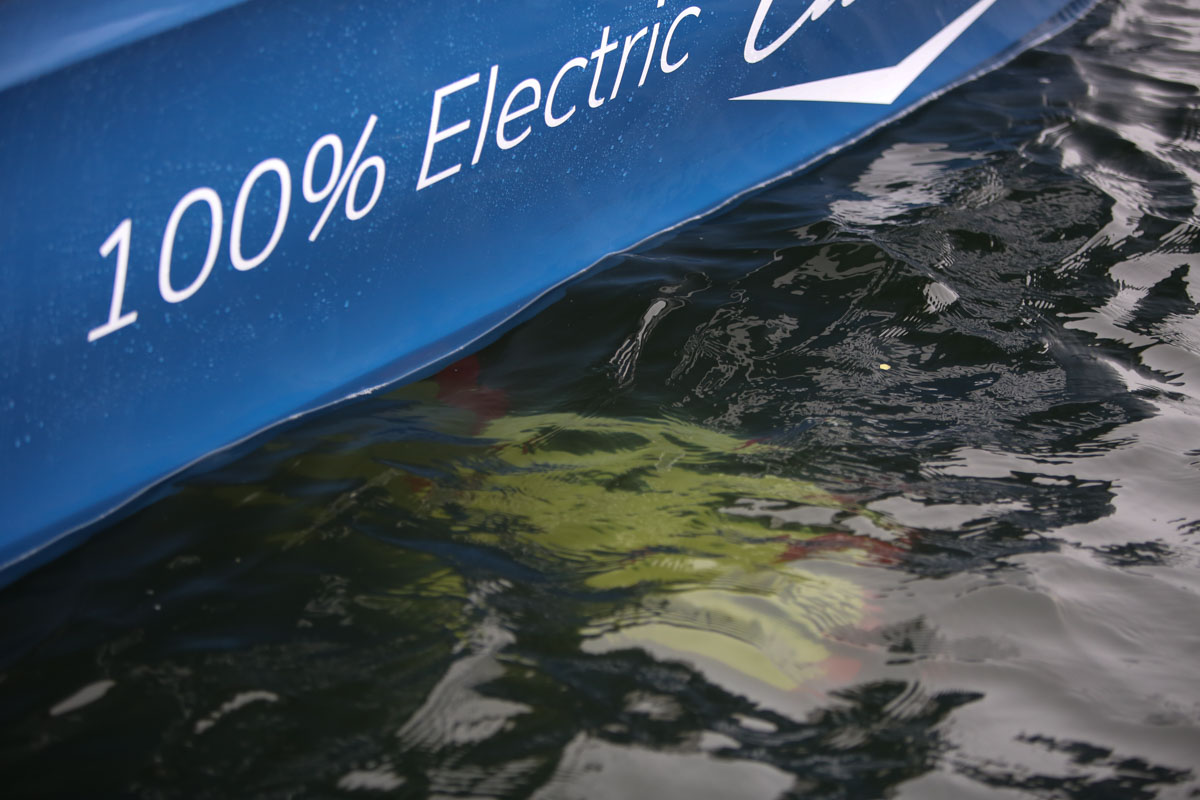 The hydrofoil technology in the water works similar to an airplane flying: The system of the Candela Speed Boat consists of large “inverted π foils” close to the center of gravity, which stays under water during the ride, and a smaller T foil at the stern, directly at the propulsion in front of the propeller. In interaction, they lift the boat out of the water. Both foils are controlled electronically.

Motorboats must be stable while turning 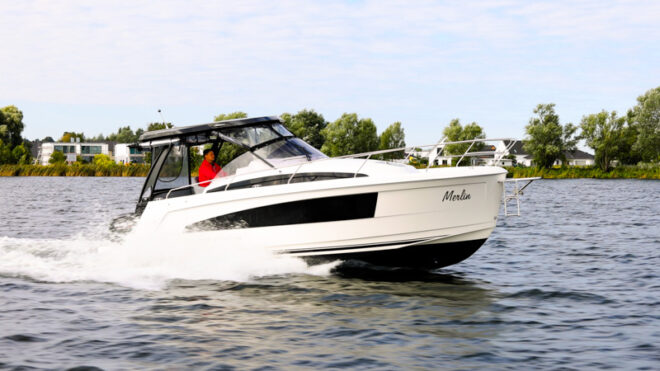 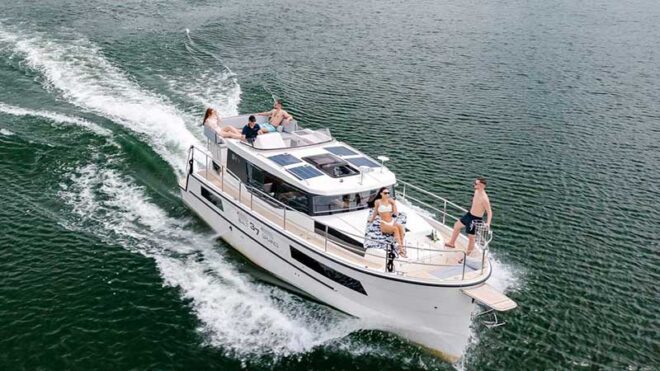 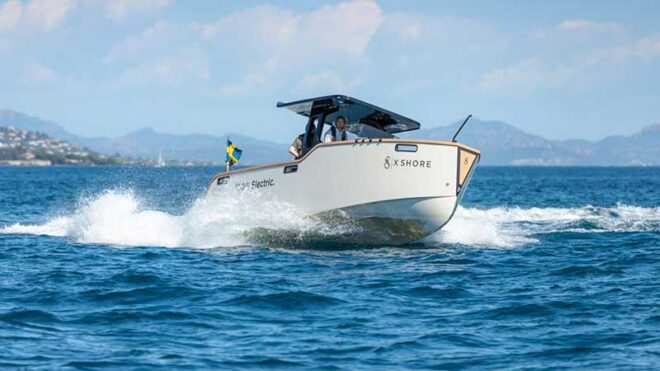 The V foils, which are known from  quadrofoilers of the fast Imocas and Sea Bubbles, work differently. the SeaAir-System, tested by float, also uses V foils. With this system, cornering stability is a problem, and the autostabilized foils cannot compensate for high waves. That’s why the Candela team chose T Foils and the electronic solution. Because a fast motorboat has to be particularly stable on turns and waves. 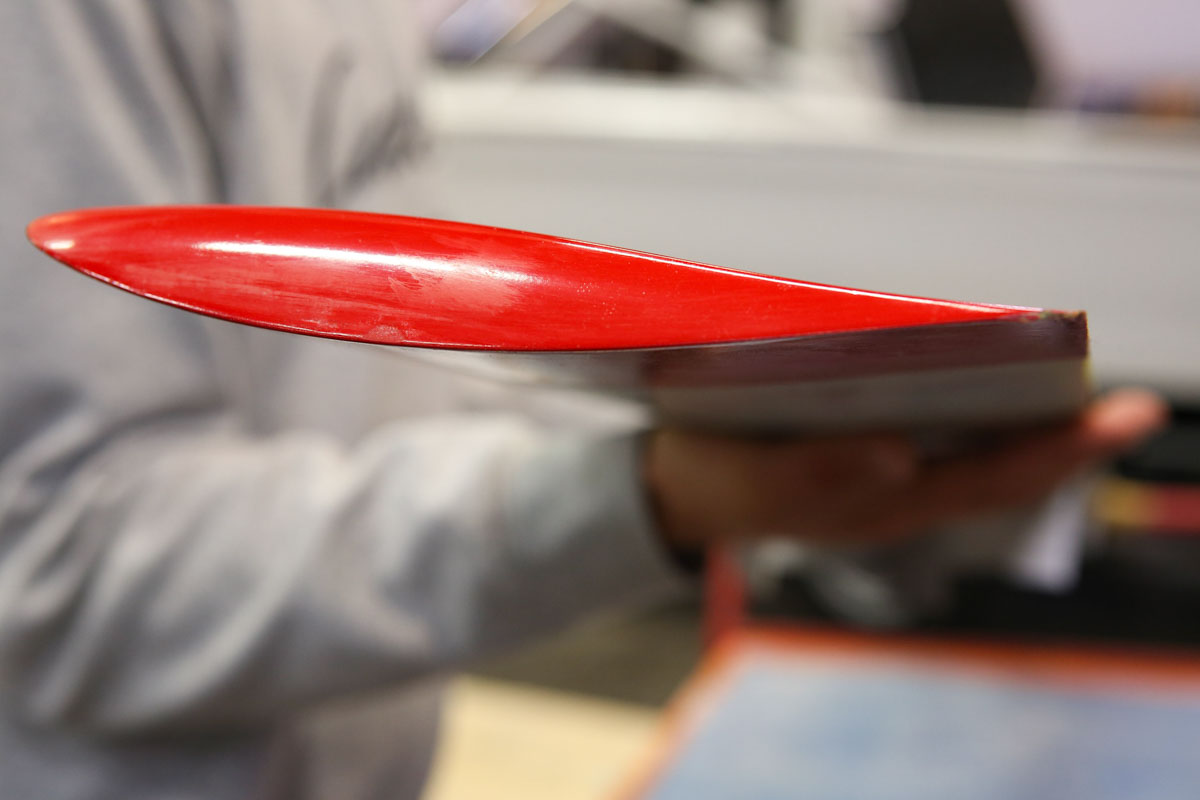 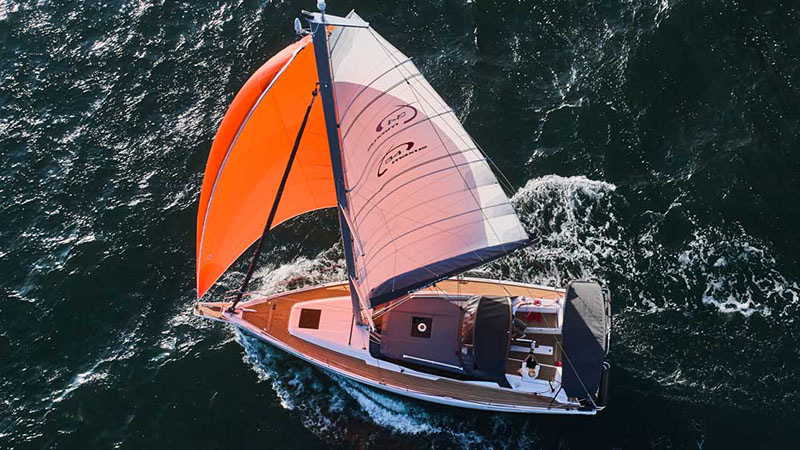 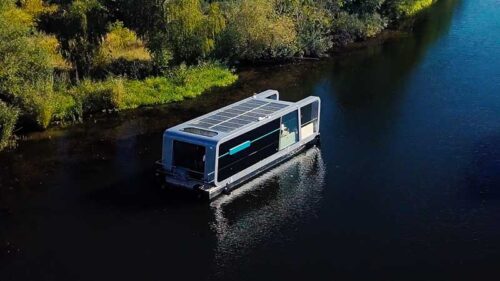 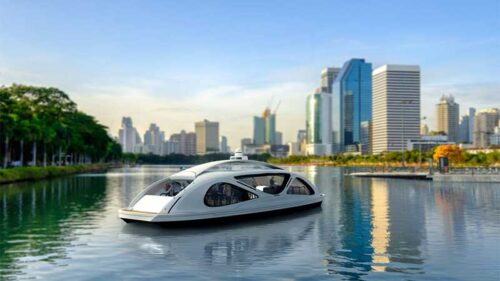 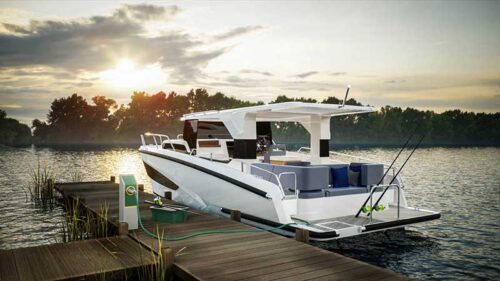