Sebastian Kummer’s task was straightforward: deliver “Blu”, a new Lagoon 46 from the shipyard on France’s Atlantic coast, to a chartering outfit on the Turkish riviera. From there, he’d switch out his crew and pick up a second yacht for delivery to Croatia, a journey totaling 4,000 nautical miles.

But just after Kummer sets sail in mid-February 2020 the Covid-19 pandemic steamrolls across Europe, sending one country after another into lockdown and his crew scurrying. An optimist by nature and professor of logistics by vocation, Kummer decides to go ahead with the delivery on his own. 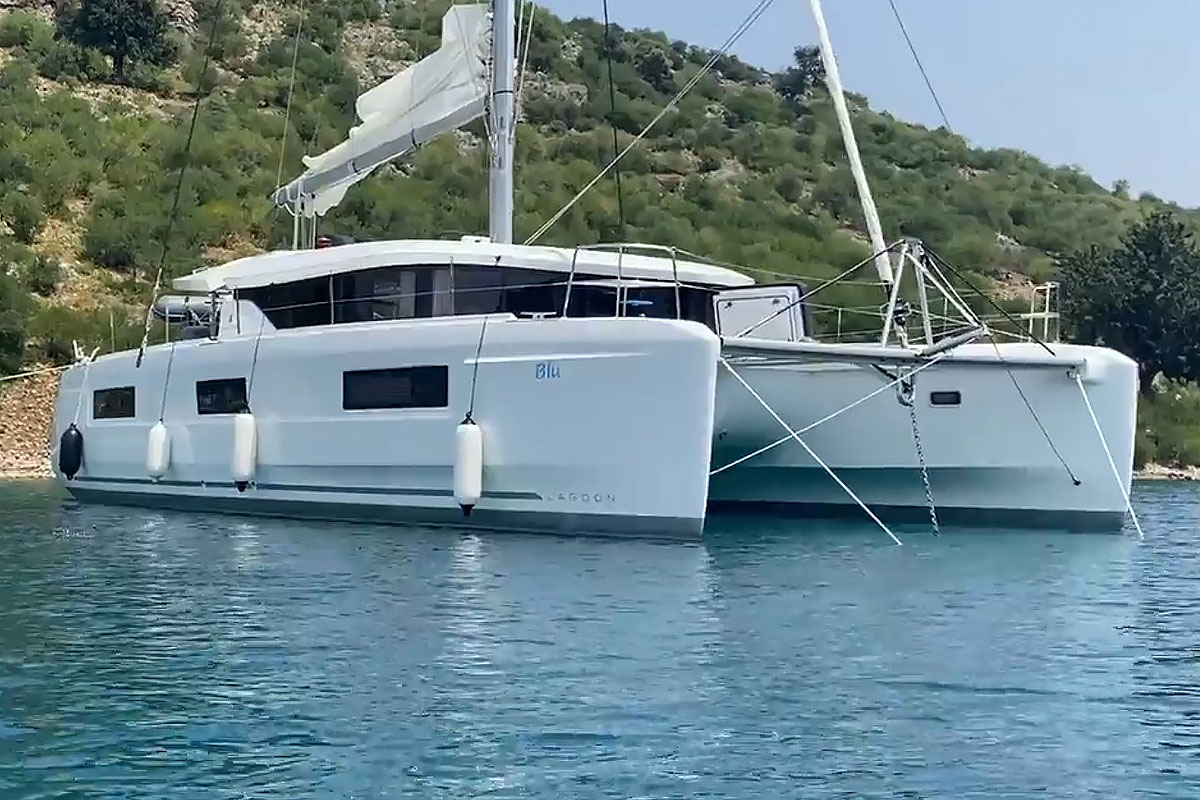 The leisure catamaran Blu in the secret bay © Sebastian Kummer

What could go wrong? Plenty, it turns out. For Kummer, it was the start of a 90-day Odyssey replete with crises, both the minor sort he had expected as a seasoned blue-water cruiser and the major setbacks triggered by the pandemic that he couldn’t have seen coming.

Chased out of Greece

As country after country closes its borders, Kummer finds himself barred from one port after another and utterly alone at sea. Chased out of Greece by submachine-gun-toting coast guardsmen, the 57-year-old professor becomes a reluctant and unwitting pirate forced into a weeks-long game of cat-and-mouse with Turkish authorities in a self-described no-man’s land of remote bays and coves along the country’s wild coast.

Just as Kummer embraces his fate and with unflappable optimism and a healthy dose of humor settles into the “world’s greatest quarantine”, a mysterious middleman claiming connections in the highest diplomatic circles offers to help. Actually, it was an article in float Magazine that brought the fate of the German professor to the attention of the Austrian-Turkish businessman. 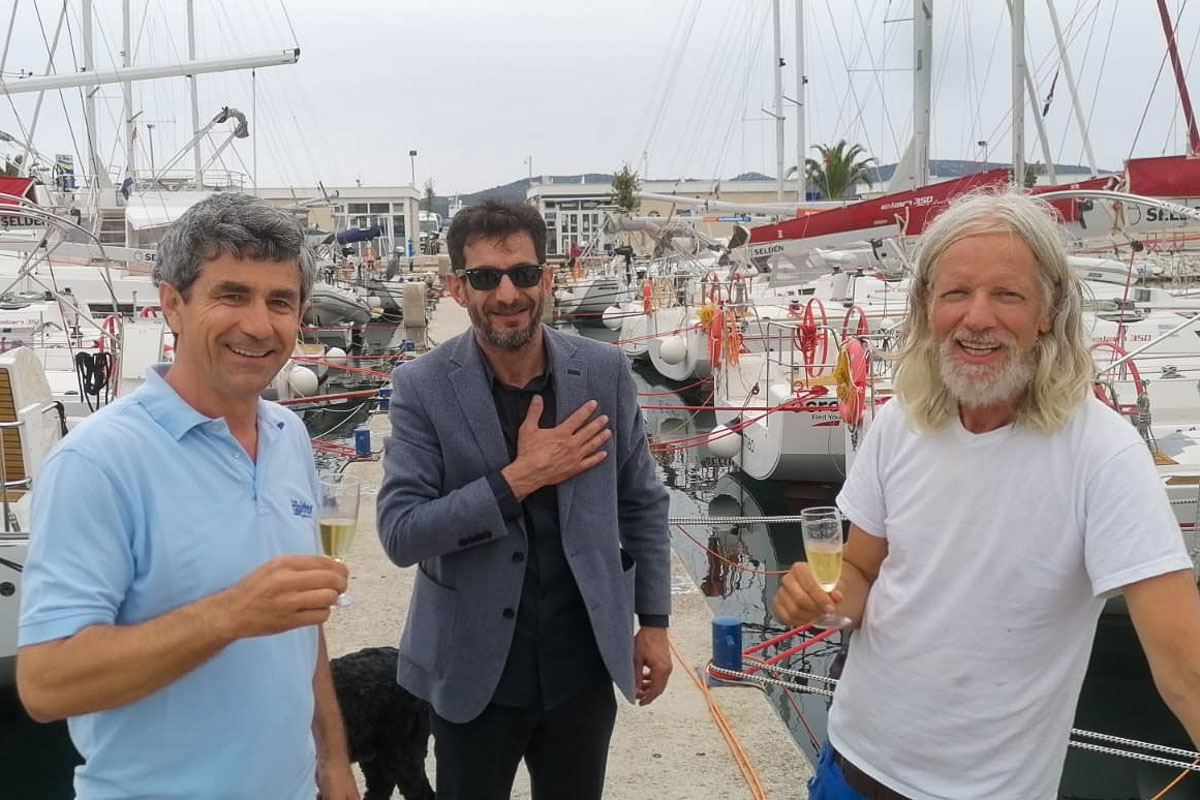 Can Kummer take the offer at face value, or is it just the ruse of a charlatan? Meanwhile, the fate of the German professor from Vienna captures the popular imagination across Europe. From his hiding places he is the subject of dozens of interviews in European magazines, newspapers, radio, and television – his story even makes the front page of Turkey’s widest circulating newspaper “Hürriyet”.

The original German version Mit Kummer ohne Sorgen climbed to number 1 in the Amazon bestseller ranking in the sailing books category. float Magazine wrote about the book: “The author brings Sebastian Kummer, the sailor, the professor, the optimist and adventurer, very close to the reader. The book reads like a thriller and is exciting every moment. Readers learn a lot about single-handed sailing on a catamaran.” 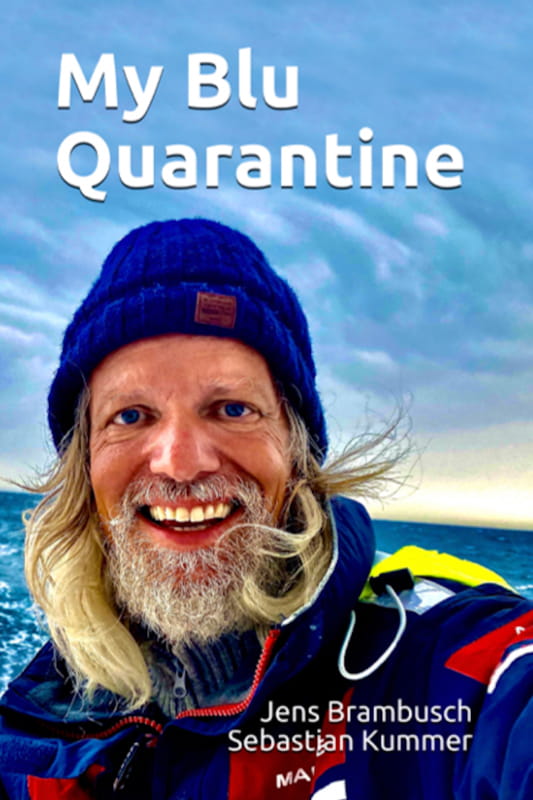 Jens Brambusch and Sebastian Kummer
My Blu Quarantine
A pandemic strikes. The crew scatters. The borders are closed. An Odyssey begins. 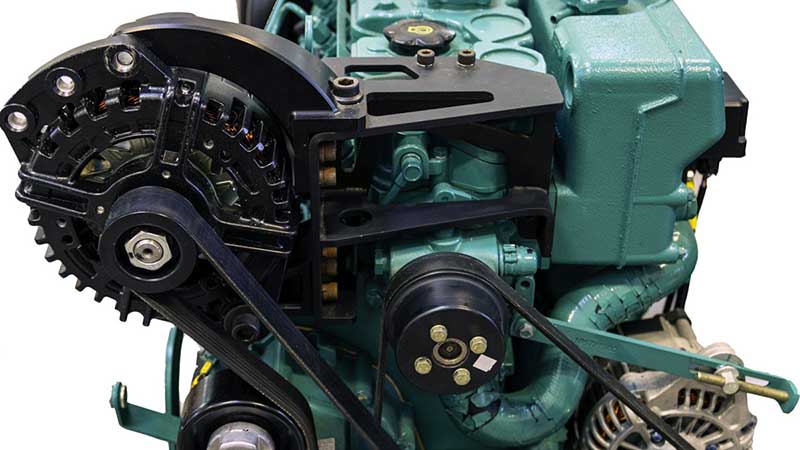 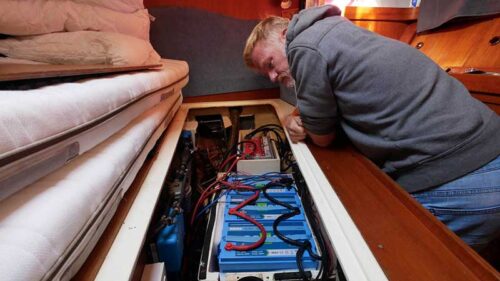 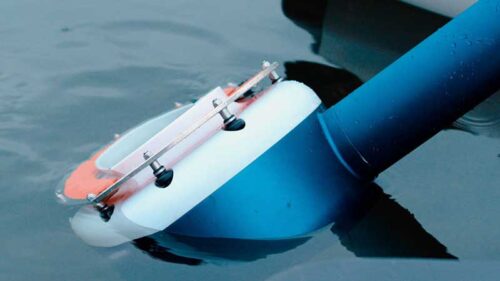 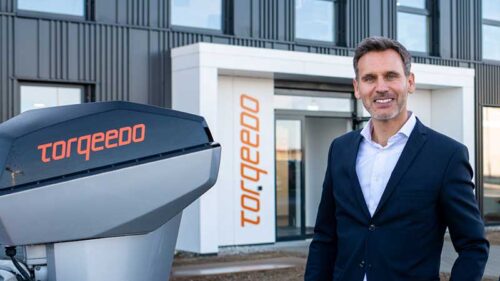