The Golden Globe Race brings to light dazzling skippers with snappy sayings. At least, anyone who sails the seas single-handed for more than half a year without stopping must be a character. At the original event in 1968, Bernard Moitessier, victory at hand, turned away from the impositions of capitalist civilisation and settled in the South Seas: „It is because of the modern world, because of its alleged ‚civilisation‘, because of its so-called ‚progress‘, that I escape it in my beautiful boat,“ he writes in his autobiography. 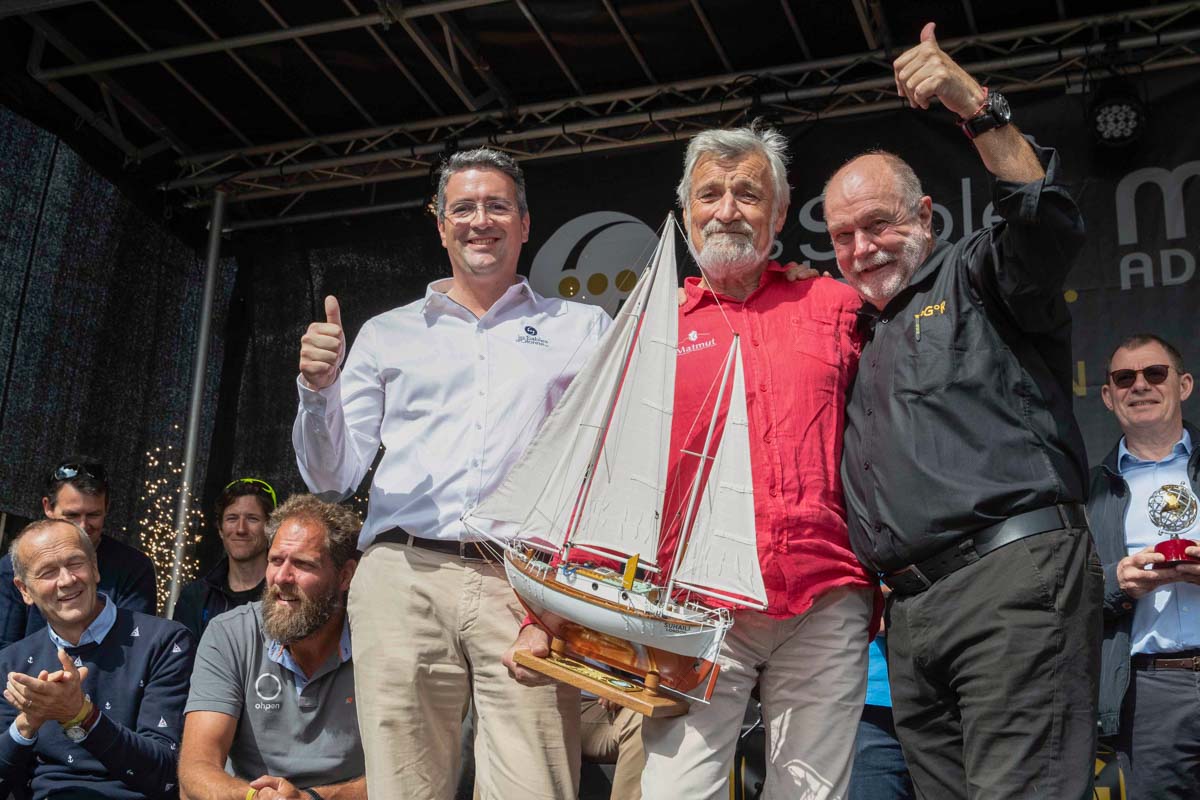 At the 2018 re-run of the Golden Globe Race, to mark the 50th anniversary of the mad dash, winner Jean-Luc van den Heede christened the „beautiful boats“, the regatta’s old long keelers, „petit Escargot“, little snail – a tender disparagement that is more than justified in the face of modern racing yachts.

To elude civilisation with small snails arouses an unbroken fascination, for the skippers as well as for the public on land. The organisers of the British Sunday Times recognised this in 1968 and Don McIntyre 50 years later. His Golden Globe Race of 2018 made the yachting world not so much cheer along as dream along.

The regatta was so successful that he will repeat it in 2022 (without being able to advance an anniversary). 25 sailors have registered for 2022 – with an eye on the start in early September. In 2018, 18 sailors competed, five of whom crossed the finish line after spending six to ten months alone at sea.

Don McIntyre organises the regatta as someone who would love to sail it himself. The adventurer and entrepreneur, who has spent 3 1/2 years of his life in the Southern Ocean, says of himself: „Give me a compass and a knife and I’ll find my way home anytime!“ He knows how important it is for such a big event to serve an audience. But he feels equally committed to the spirit of the sailors who love nothing more than the daring existence in isolated boundlessness. 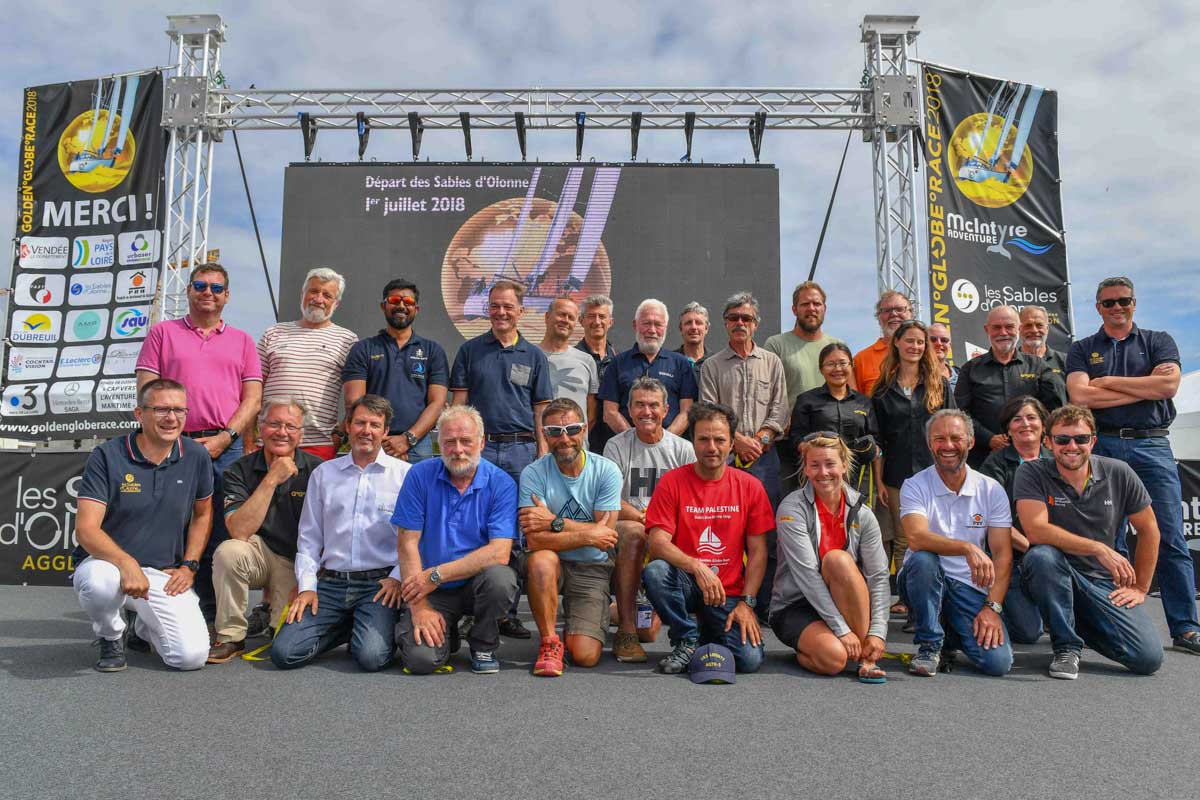 A professional sailor at the Vendée Globe may be as responsible for the „games“ in „Bread and Games“ as a gladiator in ancient Rome. But an amateur in the Golden Globe Race should not be relegated to more than one tweet a day, Don McIntyre knows.

The right balance of communication is a tricky issue. Don McIntyre was very amused by the mischievous comment on the communication compulsion at the Vendée Globe from the Japanese participant Kojiro: He ate a portion of rice for three minutes on camera.

Plain text has an advantage over pictures, Don McIntyre is sure. Images go directly from the eye to the brain. A short circuit, quick in, quick out. But at a text you have to work, your own imagination has to animate it, it travels through the whole body before it reaches the brain. That grips much more intensively. Less information gives the audience more experience. 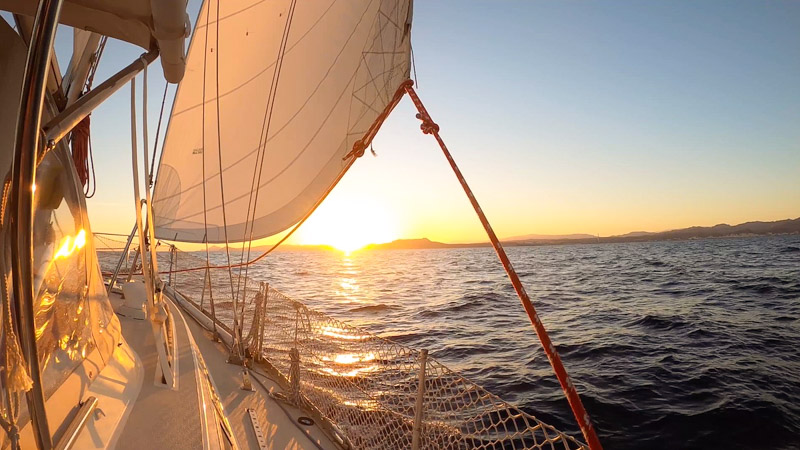 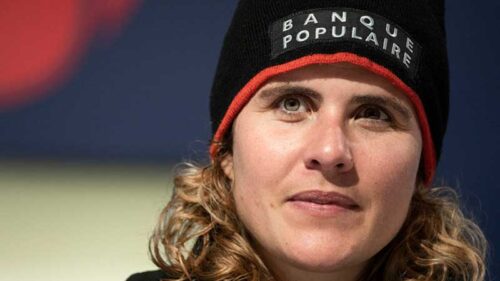 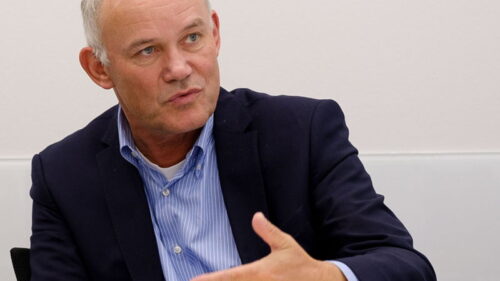 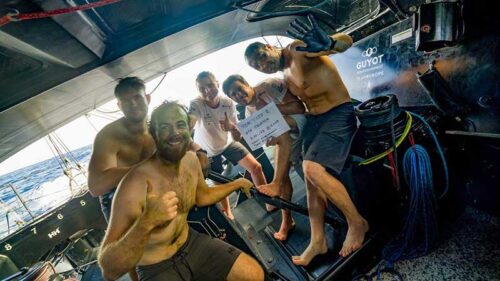