When Clarisse Cremer, the 31-year-old French skipper on Banque Populaire X, sailed across the finish line of this 9th Vendée Globe this afternoon, she went down in the history of circumnavigation. With 12th place, the young Frenchwoman showed great strength after 87 days, 2 hours, 24 minutes and 25 seconds, delivering on all counts. And almost always laughing. I often get asked by young sailors how they can do the Vendée Globe?

The answer is you need to be so much more than just a good sailor. The sailing aspect is a given. You need to be a boat builder, a sail maker, an electronics expert, a navigator, a meteorologist, amongst other things, and above all a great communicator. 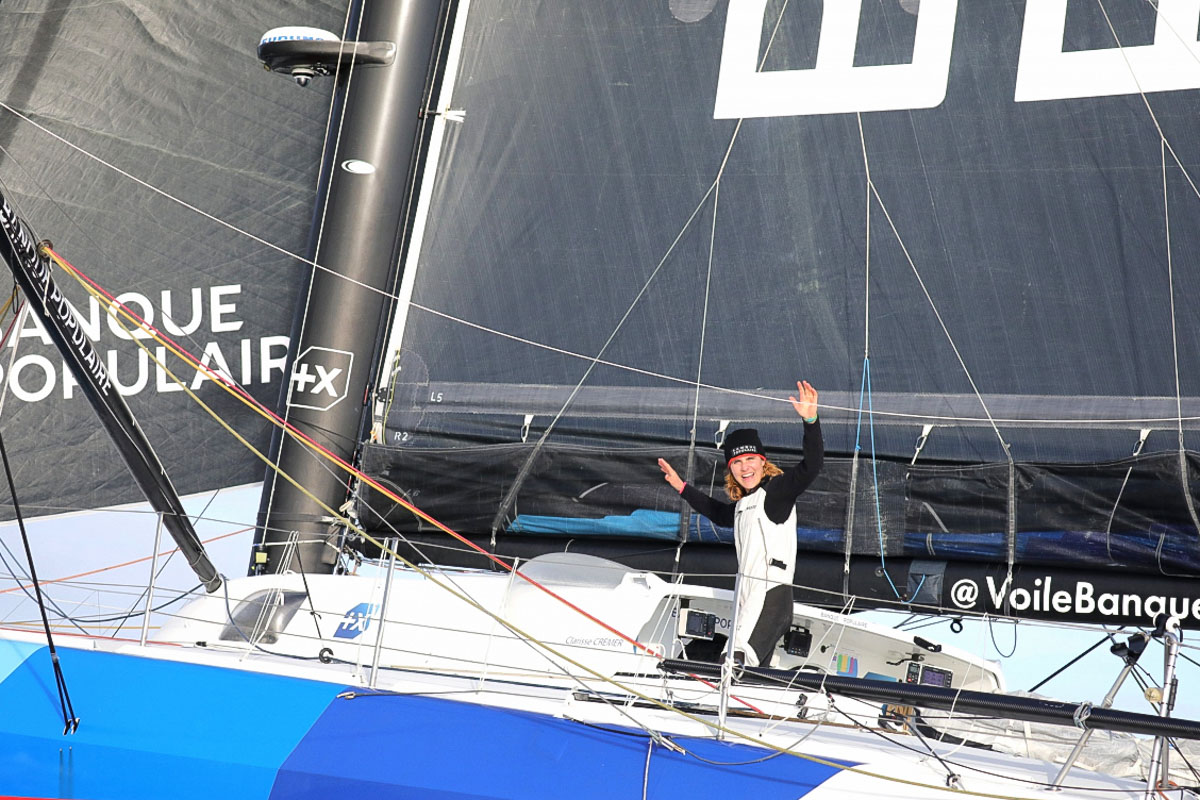 Clarisse Cremer, the 31-year-old French skipper of Banque Populaire X will sail across the finish line of this edition of the Vendée Globe to claim her place in history today. Finishing in 12th place Clarisse has excelled in this race and delivered on all aspects. I am being careful not to define Clarisse’s achievement by her gender, but it is a fact that she is the first female across the line in this edition of the Vendée Globe and has now become the fastest female around the world in a monohull. A record that has stood for 20 years by British sailor Ellen MacArthur in Kingfisher of 94 days and 4 hours.

Full speed from the very beginning

Clarisse has experienced an immense fast track in her sailing career. In 2017 Clarisse finished the Mini Transat in 2nd place overall, finishing the first leg in 3rd place and the second leg in 2nd place. She was contacted by Ronan Lucas, Team Director at Banque Populaire who invited her to join their stable of Ocean Racing. Recognised as a bubbly young skipper, Clarisse fitted the image that Banque Populaire were looking for. “We wanted to show that we are a brand that can support young people,” says Sabine Calba, Director of Development at Banque Populaire. 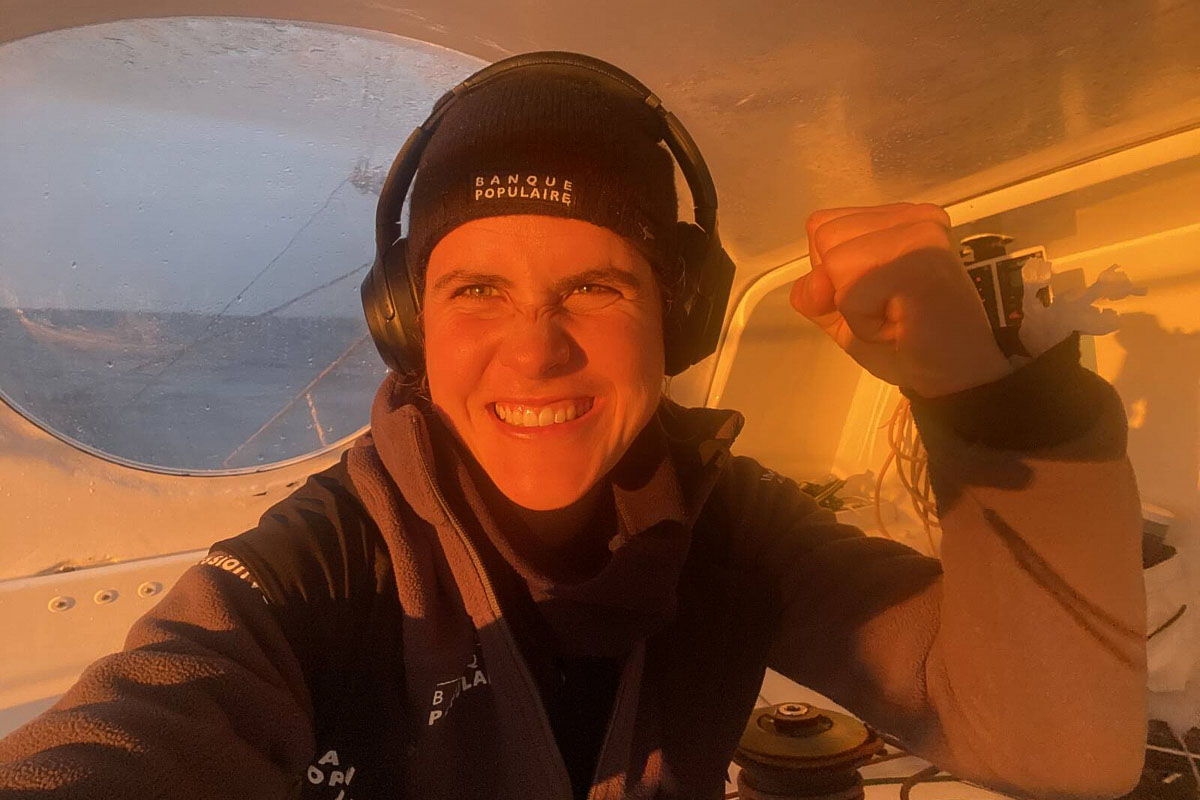 The sponsor, Banque Populaire, has been involved in sailing for 32 years and has invested between €5 and €6.5 million per year. In the previous edition of the race when the Banque Populaire skipper Armel Le Cleac’h won in a record time of 74 days 3 hours and 35 minutes, the press benefits were estimated at €55million.

For this edition of the race with Clarisse Cremer at the helm of the Banque Populaire X, the estimation of benefits stands already at €21 million. This does not even begin to consider the fall out from after the finish of the race where Clarisse stands as the first female to finish and has a new speed record to her name. The increase in value, even with Banque Populaire’s previous victory, is down to Clarisse connecting with new audiences. 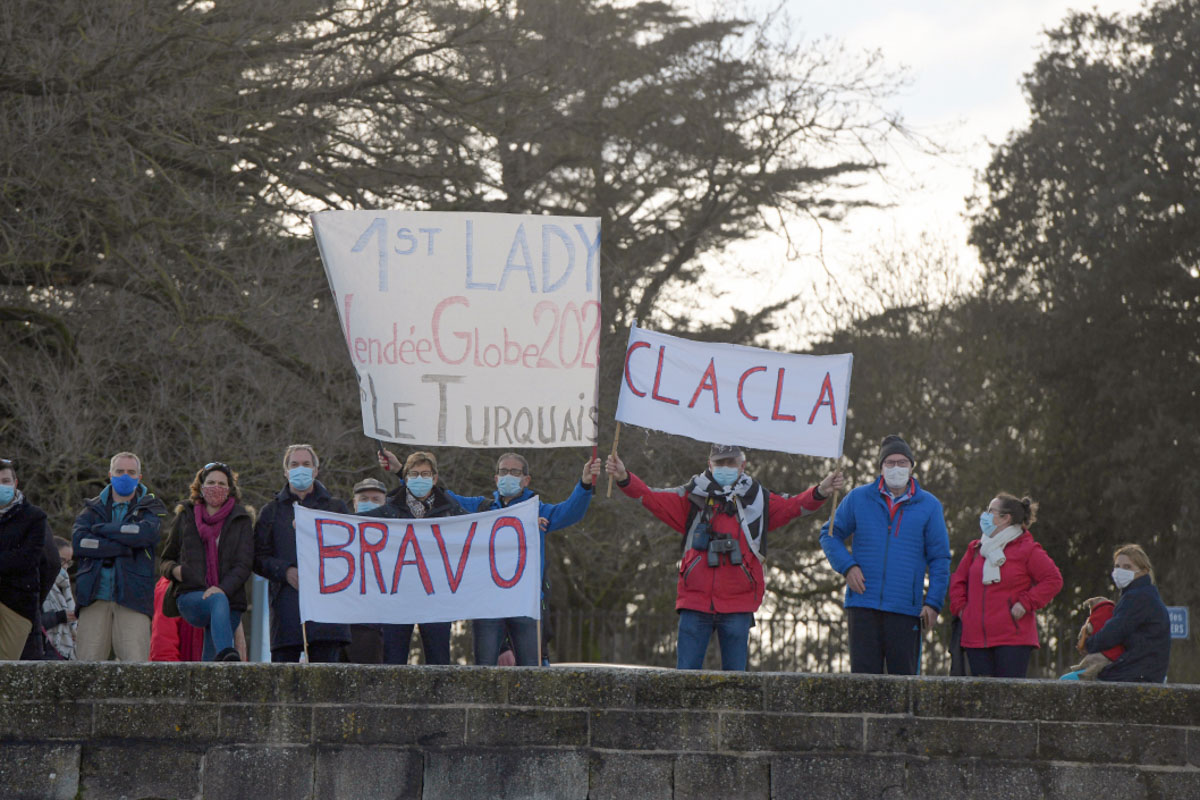 A perfect example that the return on a sponsor’s investment is not always a reflection on the result.

Go fast and talk about it

18 months ago, Clarisse had never been at the helm of an IMOCA before. Her mentor was Vendée Globe winner Armel Le Cleac’h and she could not have been in better hands. They raced the 2019 RORC Fastnet together finishing 3rd and then the Transat Jacques Vabres finishing in 6th place. Then it was the turn for Clarisse to go solo on her non foiling 2011 generation boat.