For the first time in Vendee Globe History the back marker in the fleet will have rounded Cape Horn and be back in the Atlantic, before the winner finishes the race. That is a huge milestone for this race and shows how willing to push the slower and older boats have been this edition.

Now with half the fleet back in the northern hemisphere the front half of the fleet in the Vendee Globe is running their weather routing to the finish line.

They can use both the GFS (American) model and the ECMWF (European Centre for Medium-Range Weather Forecasts) to get them to the finish line. So, they can compare the two and take confidence when the forecasts align, and the routing does not change too much each time they run the different models. This also indicates to us spectators that the finish is within the next five days. Less than 2,000 miles to the finish for the lead group and there is no way to tell who will end up on top of the podium. 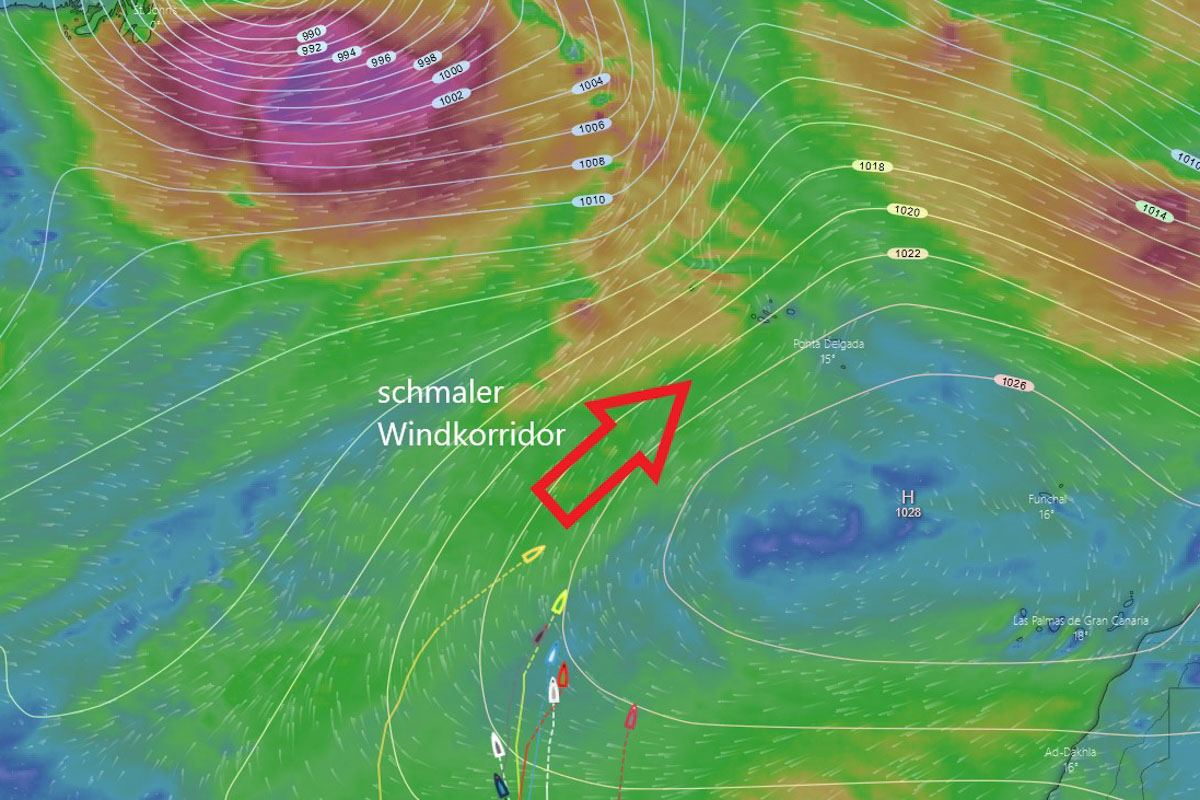 It is now not only going into the exciting final phase of the race, but also the weather will be more than interesting due to the strong variability of the pressure systems, says meterologist Sebastian Wache from WetterWelt. Currently, for the leading boats and Boris have to reach the narrow wind band left by an old cold front. On the other hand, in the east and in the west there is high pressure area with calm.

Until Saturday, a very extensive low pressure will build up off the coast of the USA and Canada. In its area of influence, a marginal low pressure will appear just southwest of the Azores. Boris Herrmann must now enter its area of influence in order to take the good wind with him. It will be this massive low with all its possible marginal lows that will push the boats to the finish line. 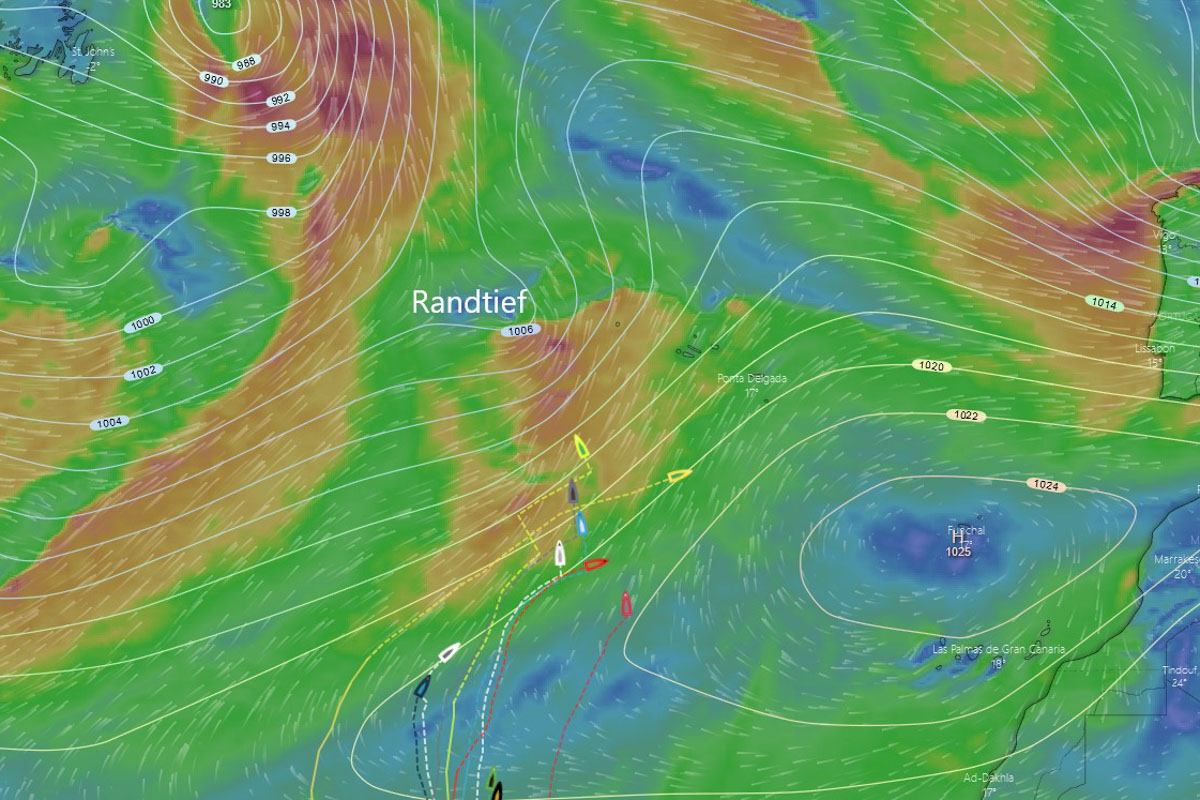 The doldrums were hot and squally. The cloud cover gave the sailors some relief from the intense heat they were experiencing on deck and the rain activity has given them the chance for a quick shower. However, there is no opportunity to take their foot off the gas. The front runners were released from the clutches of the doldrums quite quickly and relatively unscathed.

The reaching conditions took them towards the Azores High where they are now finding their way across the small light airs transition. The sailors are then looking towards the depressions coming across the Atlantic to hook into and ride downwind into the Bay of Biscay to the finish line. All weather files suggest that there are very few surprises ahead between them and Les Sables D’Olonne. This is now a battle of boat speed. Who has the capacity to still push themselves and the boat at as close to 100% as possible?

Thomas Ruyant: break on the port side

It has been well documented about the foil issue Thomas Ruyant onboard LinkedOut has had. At the start of the Southern Ocean, he hit something and suffered damage to his port foil. He had to cut the last third of his foil off to prevent further damage occurring. This means that he is now having to sail his boat very differently when on a starboard tack. He can no longer use his foil for lift and the section he has remaining out the side of his boat acts as drag. 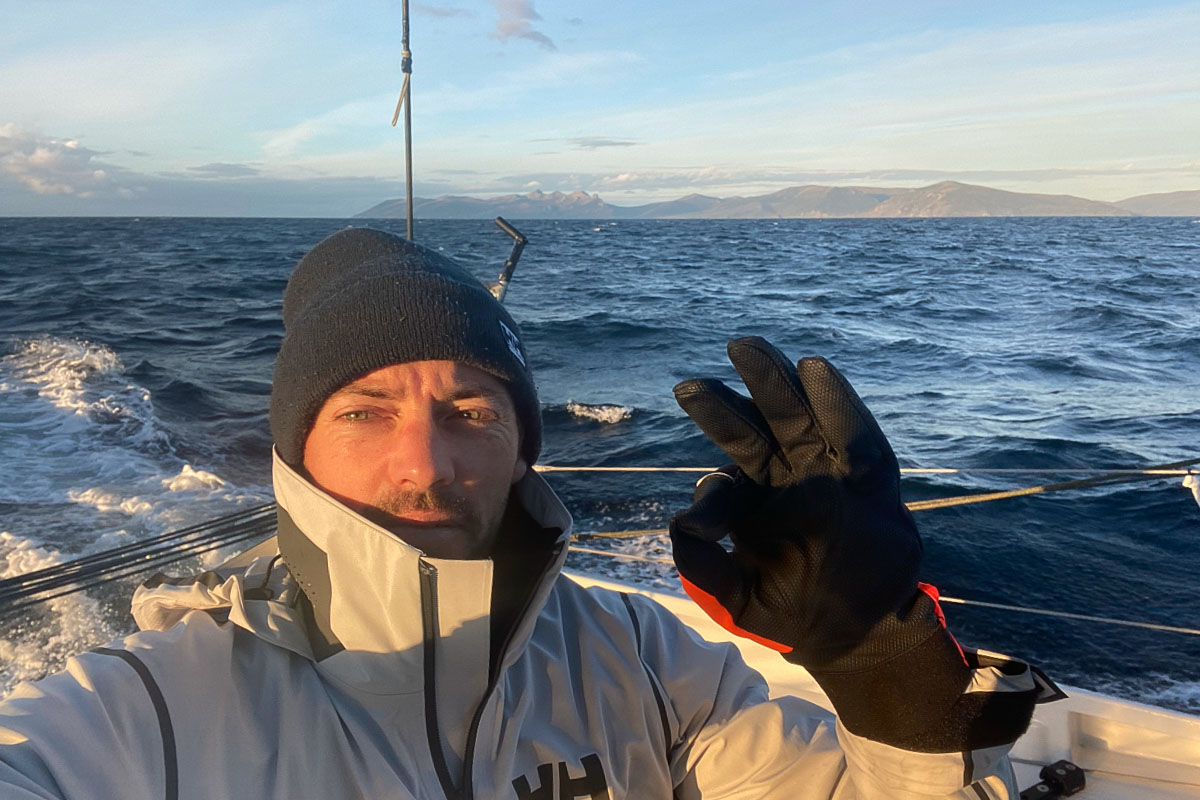 As a result, his boat speed has suffered. It has been impressive how hard he has worked to keep within reach of the podium spots throughout the race to date, often changing places with Charlie Dalin and Yannick Bestaven throughout the race. Sadly, for Thomas, the last few days along the Brazilian coast, through the equator, to the doldrums and first few days in the north east trade winds have all been sailed on starboard. As a result of that he has been unable to keep the pace of the other boats, but he will continue to fight.

His LinkedOut boat, designed by Guillaume Verdier and built at Persico, Italy in 2019, was based on the design concept of the Super 60 originally planned for The Ocean Race. It has been modified for solo sailing working hard on the ergonomics of the boat. It is on its second version of the foils, but the unfortunate incident of a collision at the start of the Southern Ocean has meant we have never really seen this boat perform at its full potential of its foil capacity.

Thomas Ruyant retired from the last edition of the Vendee Globe when his boat, ‘Le Souffle du Nord’ hit something in the South on December 20th resulting in the boat nearly breaking in two. By some incredible feat of seamanship, Thomas nursed his boat into New Zealand and that meant it could have another chance and is back racing in this edition with Maxime Sorel, as ‘V and B Mayenne’, currently in 10th place. 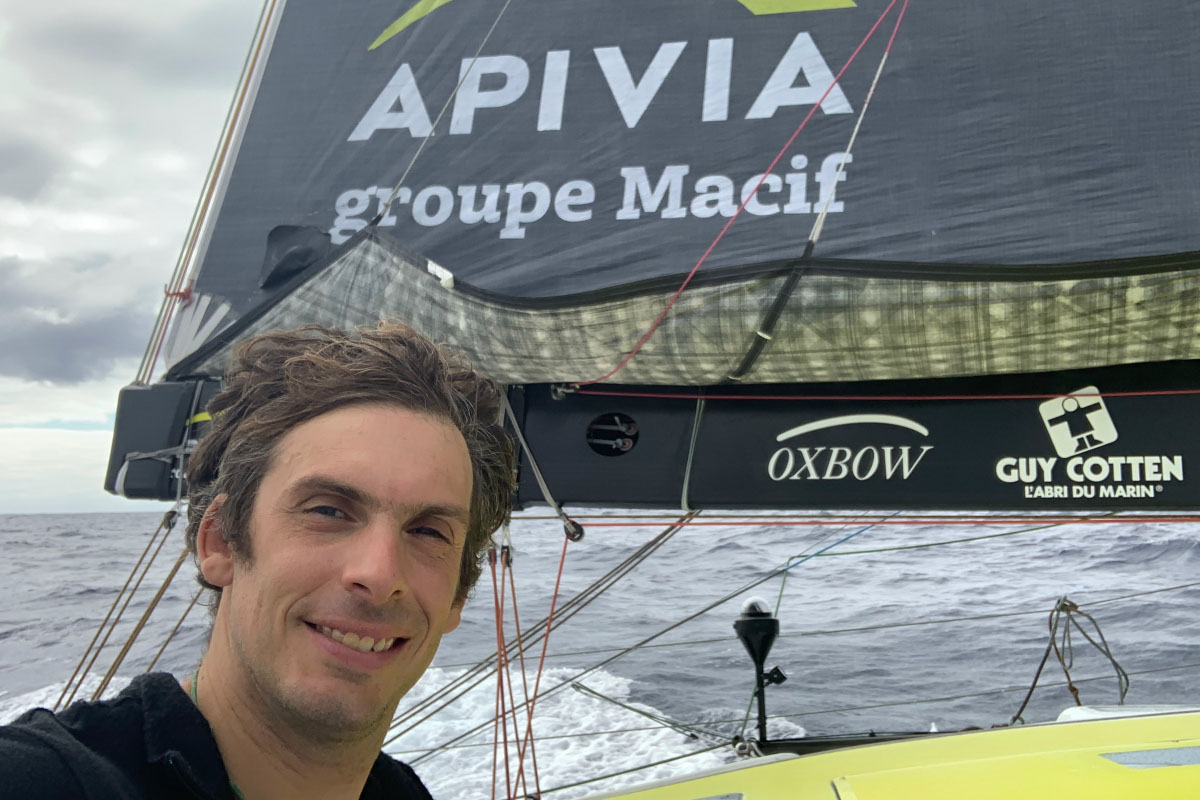 We also know about Charlie Dalin onboard Apivia, that he had an issue with his port foil in the middle of the Southern Ocean that he first thought would put a stop to his race. However, with some clever design, drawing and engineering whilst at sea he was able to wedge his foil allowing him to still be able to use it, albeit not at 100%. We have spoken about Charlie and his boat in a previous article.

Yannick Bestaven on his boat Maitre Coq, has been another competitor that has occupied the podium positions and led the race from Christmas through to just off Brazil. Racing in his second Vendee Globe, Yannick, aged 47, has put on a great display of Southern Ocean sailing. His lead rounding Cape Horn between himself and second place Charlie Dalin, was 400 miles.

He knew it was coming, looking at the weather the South Atlantic had in store for him, that his lead would be eroded away, and the rest of the hunting pack would close in. I can only imagine the tenacity and resilience required to keep your head and focus when you go from being 400 miles ahead to being back in the hunting group in 6th position. Frustrated yet determined, he lost a few miles but I am sure the runway for Yannick has not run out.