Many offshore sailors are superstitious, and I would not want to tempt fate at all. But I cannot ignore the fact that as we watch with abated breath as this edition of the Vendee Globe plays out its final chapter. The closing miles to the finish line may deliver, for the first time in history, the first non-French winner.

Boris Herrmann is within striking distance and has his boats full potential at his disposal. He is fatigued but has a new energy with this Atlantic fight that is taking place. He is excited to be part of it and he is now allowing himself to see what could be possible. The sailors may be tired, but we must remember the boats are tired too. We know Boris has made repairs to his sails but as far as we know all sails are available to him and both his foils work to their full potential. 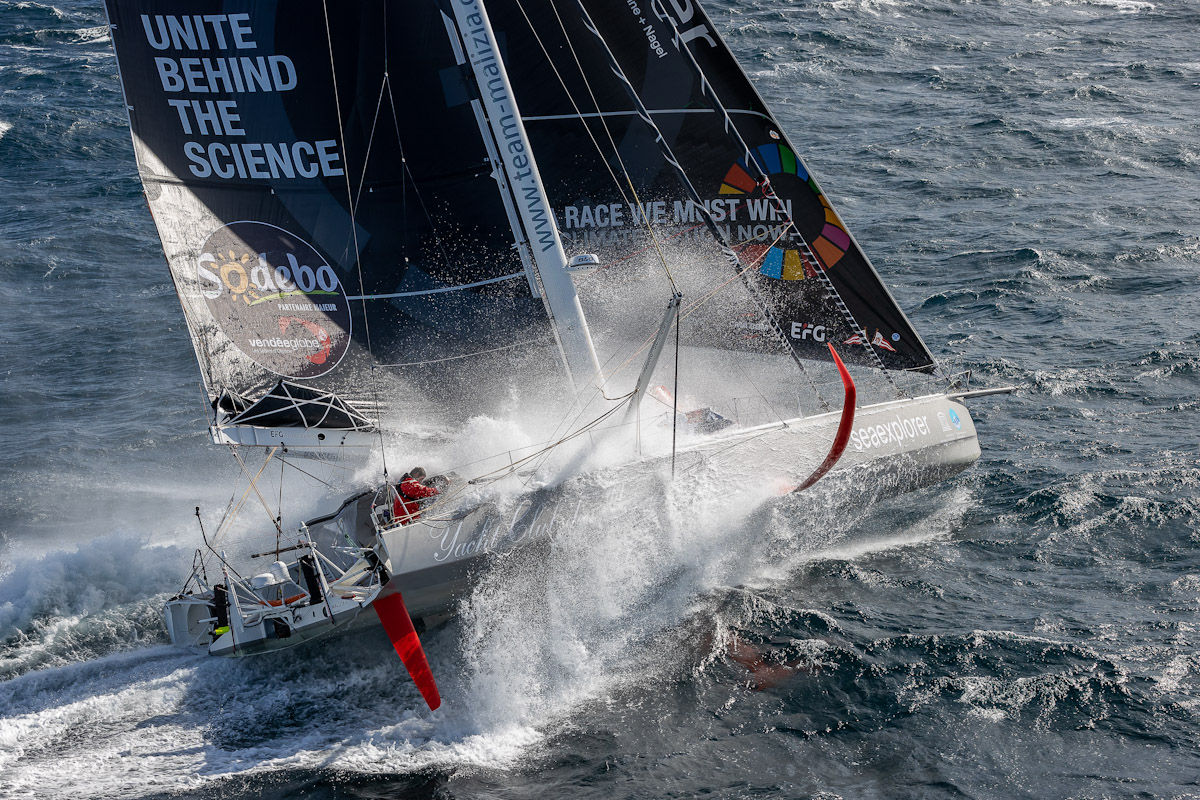 At 39 years of age Boris has said that he has been building up to this Vendee Globe since he was a teenager. He has gained valuable experience in progressive steps in his career. He won a Round the World race in a Class 40 in 2008/9 with his friend Felix Oehme, then stepped onto an IMOCA 60 to race in the Barcelona World Race in 2010 with Ryan Breymaier. Boris transitioned onto fast record-breaking Multihulls with skippers Frances Joyon and Giovanni Soldini. Achieving the Trophée Jules Verne in 2016 onboard Idec with French skipper Frances Joyon and numerous record attempts with Giovanni Soldini onboard the MOD70 Maserati.

Sponsors who have a Program

Boris met Pierre Casiraghi, the Vice President of the Yacht Club de Monaco sailing together onboard Maserati and the concept to create Team Malizia together was achieved in 2016. The team name Malizia was chosen by Pierre, as it symbolises the Grimaldi family history and their deep connection to the Ocean. It translates to “the cunning one” a name that was given to Francesco Grimaldi in 1927 after he established the family dynasty. 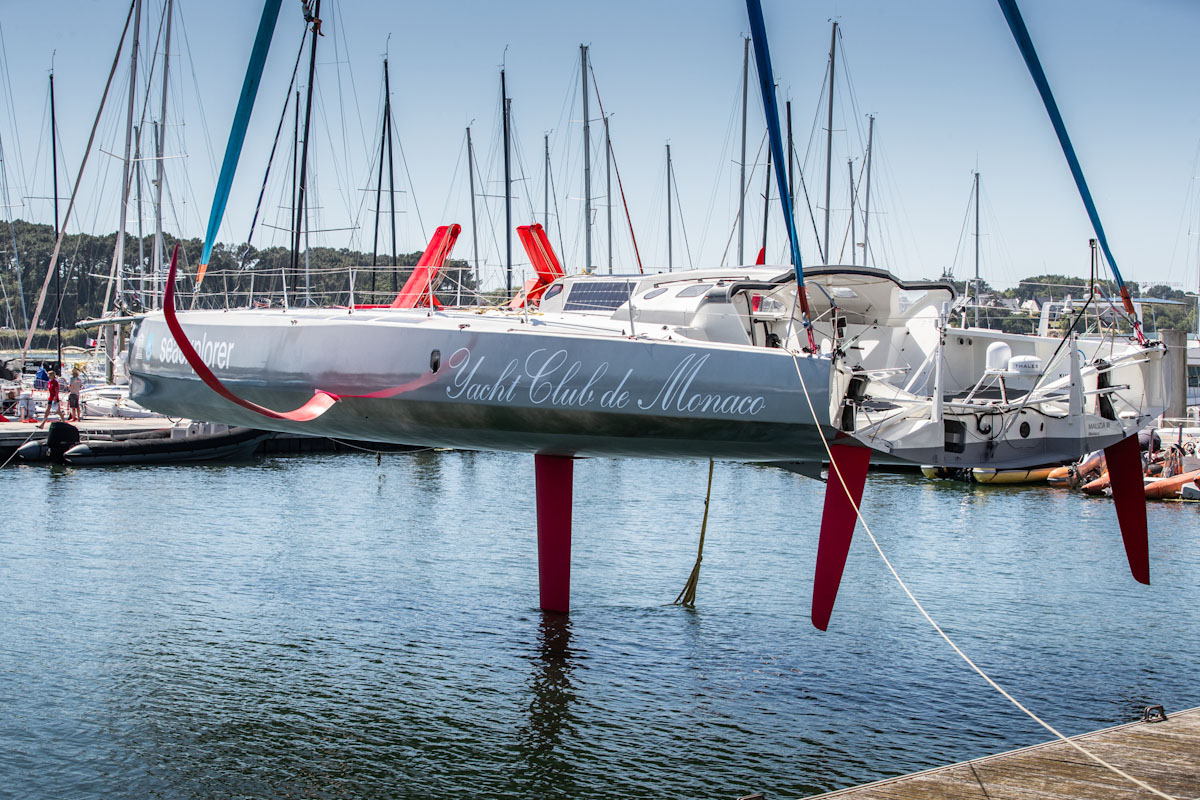 Built in 2015, the yacht, „Seaexplorer – Yacht Club de Monaco“, designed by Verdier VPLP and built at Multiplast in France was originally for Seb Josse when he raced the 2016 Vendee Globe in Edmond de Rothschild. He was forced to retire with damage to a foil. For this edition of the Vendee Globe, the yacht is so named due to the partnership between Kuehne + Nagel combined with the Yacht Club de Monaco to create a partnership based around sustainability, the ocean and climate change. These two title sponsors are represented on the hull and the sails along with the other partners, EFG Bank, MSC, CMA, and Hapag Lloyd. 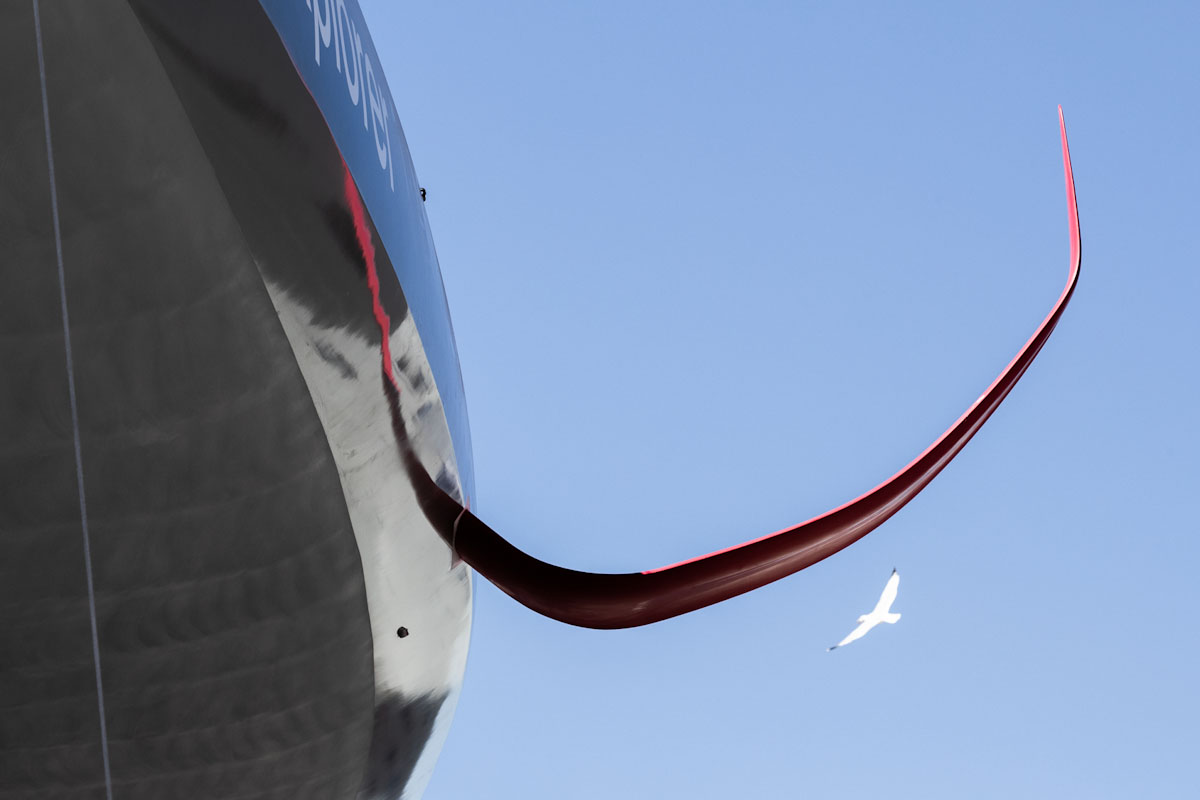 The Ocean will be grateful

This boat is recognisable against the new builds in the fleet by its low cockpit, but Boris has worked hard on the boats reliability since 2016 and has changed his foils to version 2 foils designed by Verdier, following the proven concept carried onboard MACSF. They are big foils and can give the boat fast speeds when at the optimum angle, that should see him able to sail faster than his closest rivals to the finish line.