From the University of Oxford to offshore sailing. German student Annika Möslein is pursuing an ambitious career in professional sailing. Age 24, she is a part of The Austrian Ocean Race Project’s crew, the Austrian campaign for The Ocean Race. Being mentored by The Magenta Project galvanised her pathway into professional racing.

The PhD student explains float why the mentoring programme (recently featured here), may have a great impact on young professional female sailors. She, too, tells us how she was bitten by the racing bug. 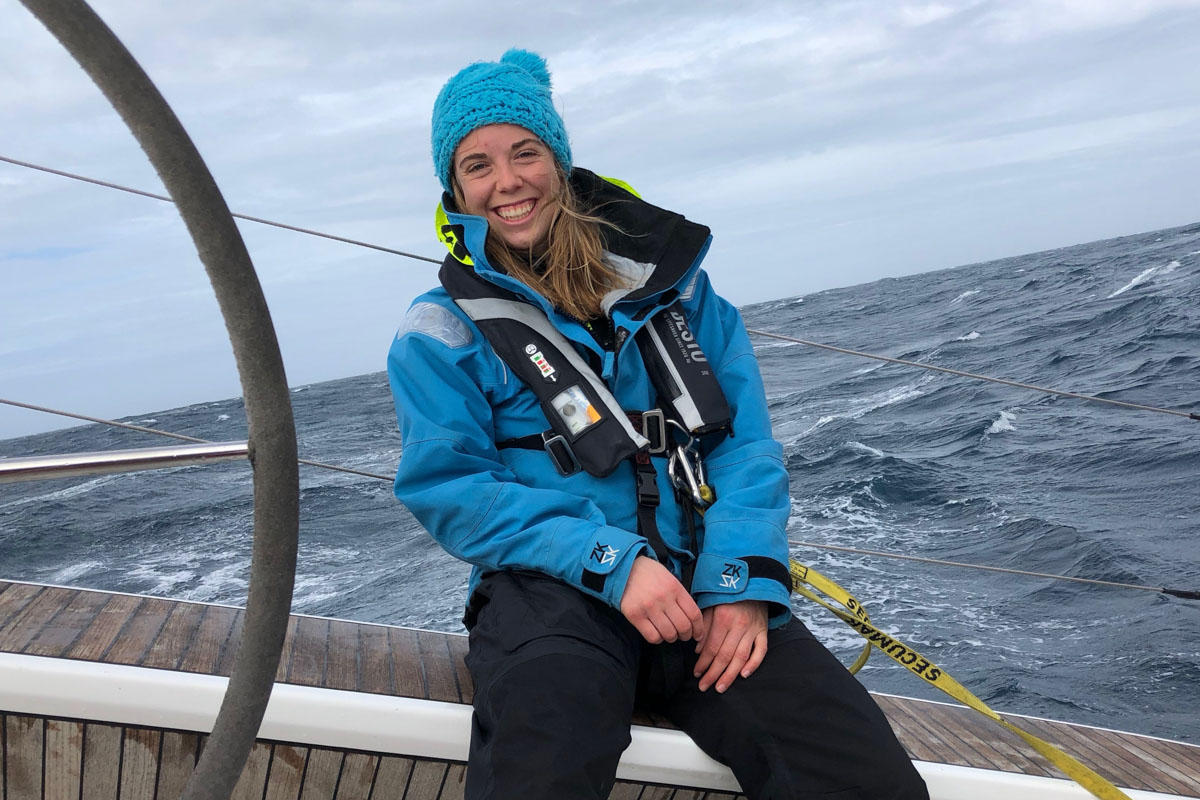 float: Annika, how did you get into racing?

Annika Möslein: I grew up in a village in the Bavarian Alps – far away from the ocean. Both of my brothers sailed, but as a kid, I would only think about rock climbing. However, when I was 15, I took part in the project ‘Classroom Under Sails’ on the tall ship ‘Thor Heyerdahl’. This was where I’ve lost my heart for the sea. The longing for the ocean hasn’t left me ever since. I sailed on the Bavarian lakes before and throughout my studies in Munich. It wasn’t until I came to England to finish my studies, that yachting and regatta sailing really took off for me.

I joined the university sailing team and immediately loved racing on the Solent. It was wet, cold, exciting – the best break from studying. Every weekend was spent on the water while during the week-time, I would study engineering science. 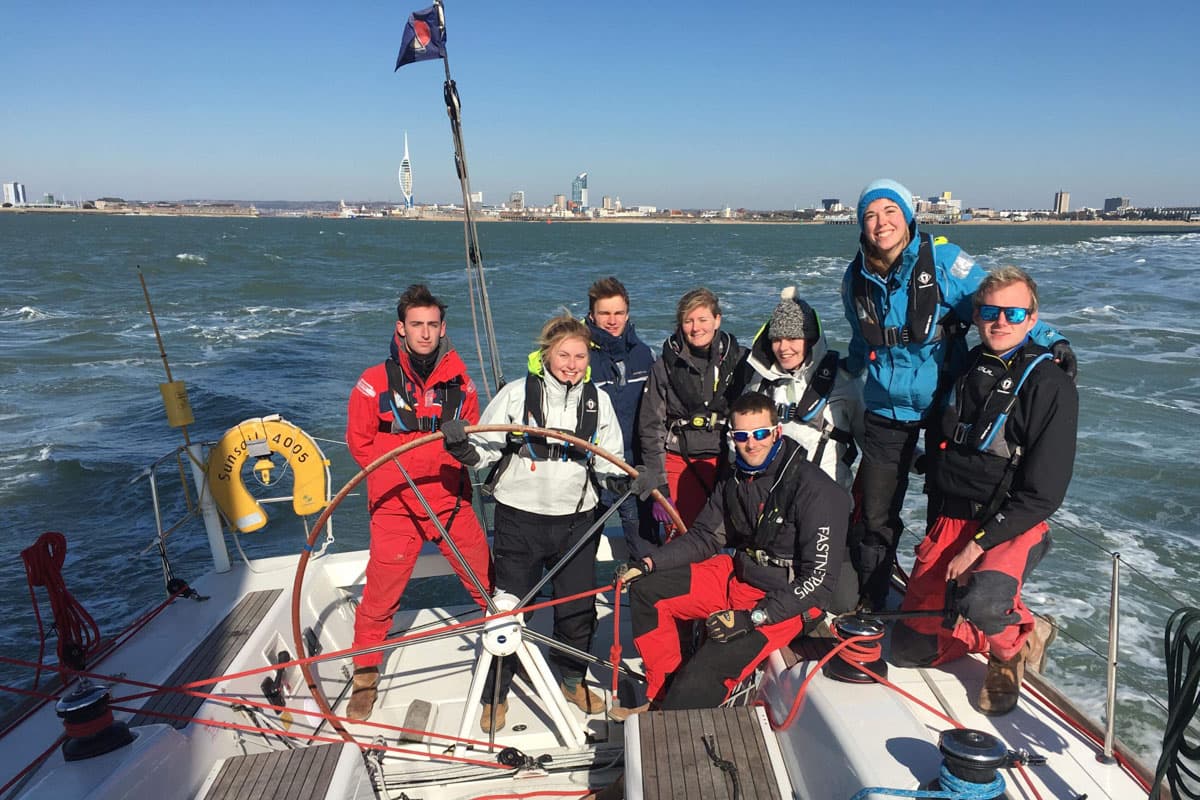 Annika was captain of the university team © private

The idea of staying here was crystallising. Luckily, I got an offer to do my PhD at Oxford which I immediately accepted. Now, during the week, I enjoy research and lab work, while on the weekends I’m thrilled to sail offshore.

Sounds great, but does it cost money?

I’m very lucky for I got a sports scholarship from the university. As a student, it would otherwise be difficult to fund racing. Of course, the good thing about professional yacht sailing is that crew positions are usually paid for. As for kit, transport, etc. I can count on my sport grant.

From the uni team to offshore sailing

As one of 25 student athletes, I get access to personal training, sports psychology, and nutrition sessions – all of which assist me in making progress. Especially during lockdown, this performance scheme was incredibly helpful. 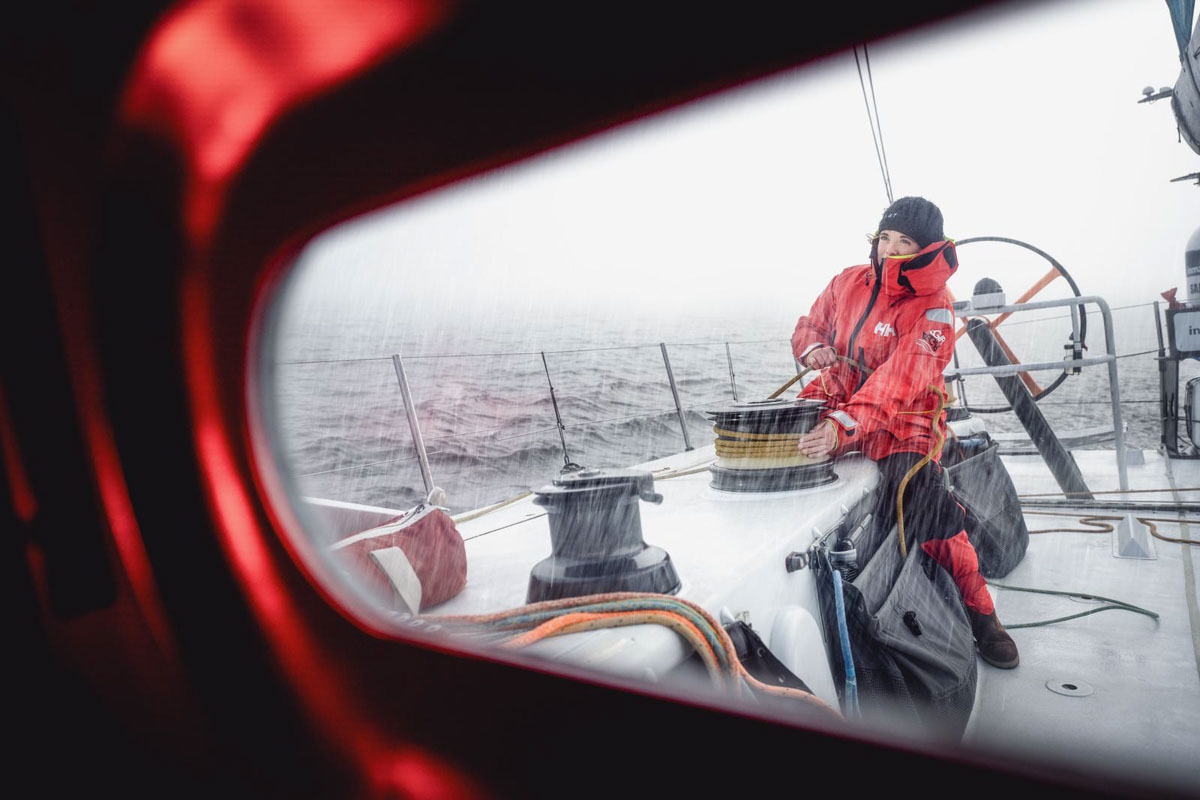 What do you want to do after uni?

My goal is to finish my PhD before the start of The Ocean Race next year, and then fully focus on sailing. Though in the future I can imagine combining engineering and sailing. Getting first insights into the SailGP engineering team was something I really enjoyed. And the technical development behind the America’s Cup is, of course, very exciting!

What has been your best race so far?

The wildest race was probably in the north of England, where we sailed 100 nautical miles and ran a total of 49 km in one night. We were supposed to sail to different islands, anchor there, paddle to the beach and each time we would run between 10 and 15 km – all night long. It was quite a challenge, mainly because we weren’t locals, our depth sounder didn’t work properly, and we kept getting lost in the dunes. Against the odds, we actually won. 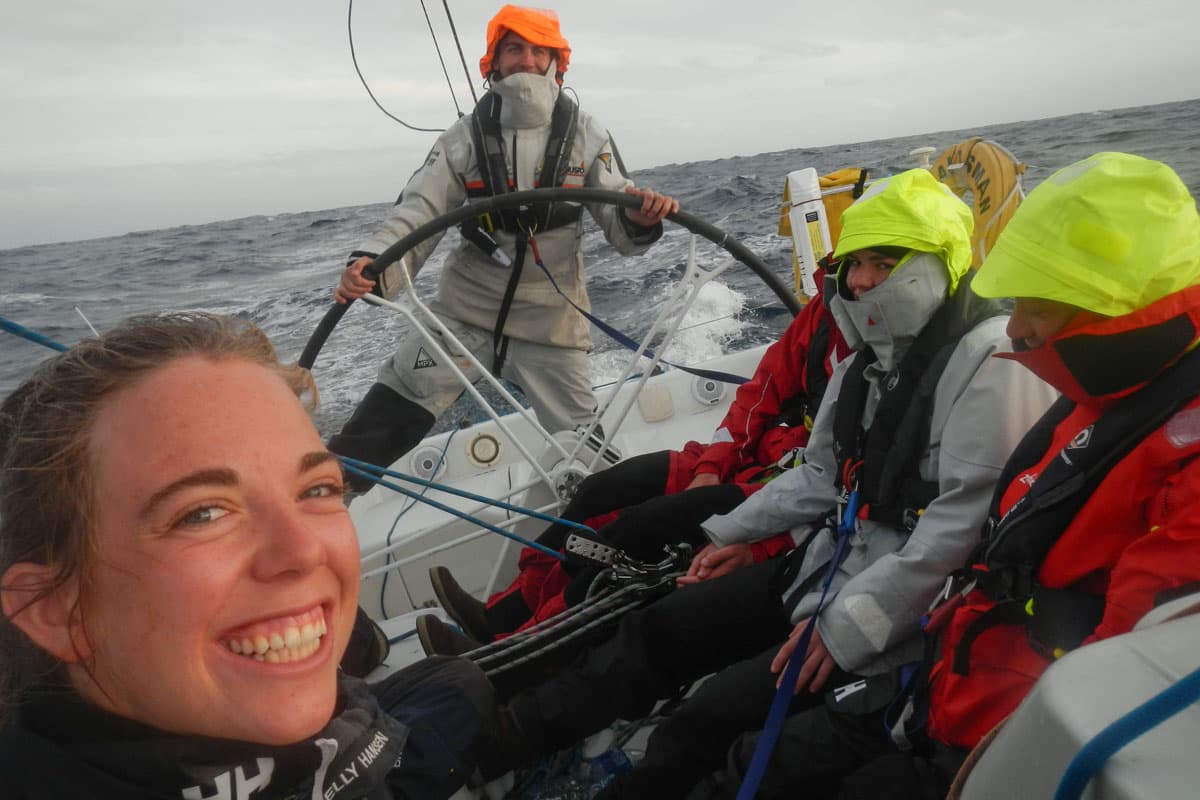 With the Uniteam at Round Britain © private

Another regatta that I really enjoyed was the Round Britain and Ireland Race 2018, in which our uni team competed; five students offshore for 13 days. Unfortunately, the weather wasn’t at its best. It was either storm or no wind at all. With the wind always coming from the front. After that, the Middle Sea Race was great, as it was the first time that I raced in warmer regions rather than the North Atlantic. One of the nights, we sailed past the Etna volcano as it was erupting. The view was stunning!

But perhaps the best experience was the delivery on the VO65 Scallywag after the Volvo Ocean Race. Coming back to Cascais alongside other teams felt like our own little regatta and I learnt so much.

Keyword „Lad Culture“. In professional sailing, as a young woman you meet a phalanx of robust men. How do you deal with that?
Auch interessant

In sailing, you’re often the only woman on board. Or the youngest sailor. And yes, there might be this so-called „lad culture,“ or too much testosterone on board. Even if female sailors have just as much experience, sometimes they haven’t got enough self-confidence.