Learning how to put yourself out there and use your skills is crucial. In sailing, this first appearance on board makes a big difference, especially when you are sailing with new teams.

What is the best way to appear?

Never underestimate yourself. Even if you might have less strength and can grind less than the guys, you can contribute just as much. There is no need to hide and sit quietly on your position. Instead, you should take courage to communicate clearly, ask questions, and take initiative. 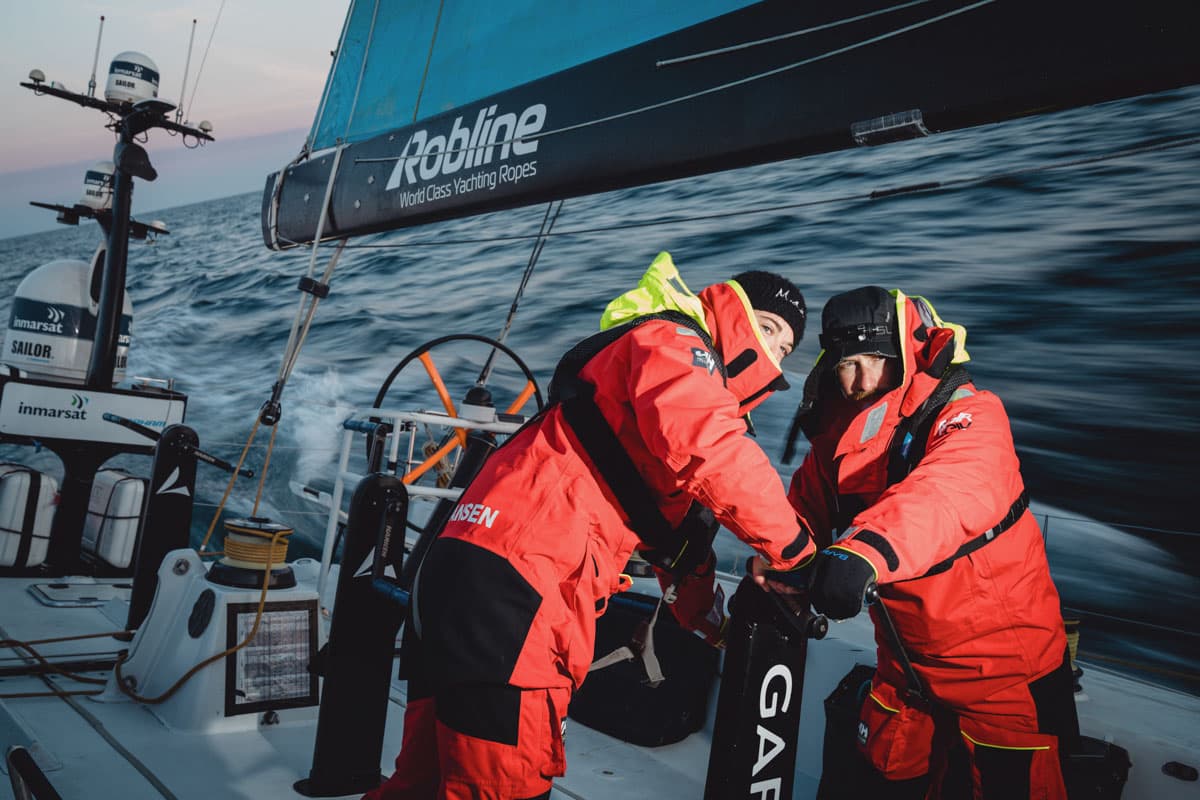 This, however, starts with the ‘smaller’ courage; the one to approach people, circulate your sailing CV, ask for telephone numbers or just talk to people directly on the pontoon. An ability to do that is extremely important, especially for young women.

It’s easier to be shy, but you won’t make any progress like this.

Often women don’t back themselves as much, even though they have all the skills. If you are loud, your presence will be noted on board. That’s often harder for us women. 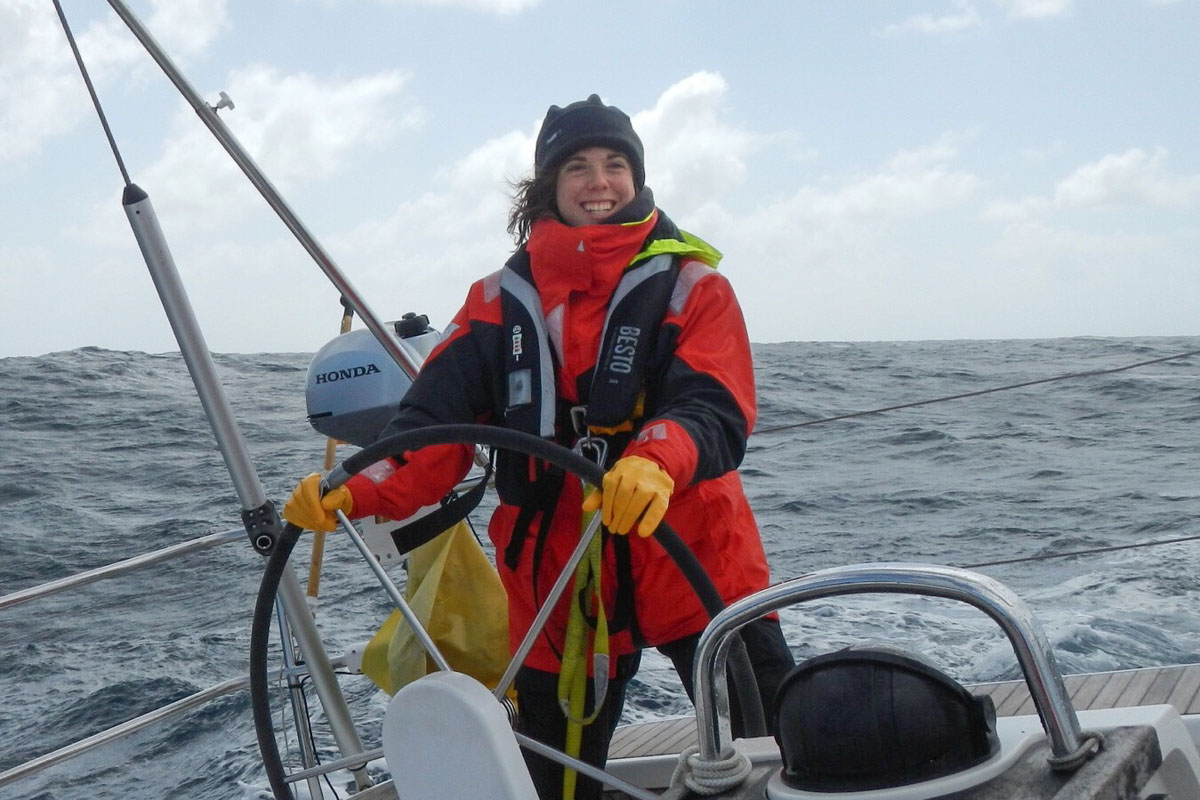 This is exactly the kind of back-strengthening for women that the Magenta Project is all about. How did you get involved with the mentoring program?

In 2018, the Magenta Project organised a delivery on a VO65. When The Ocean Race arrived in The Hague, there were five crew positions for young female sailors on Scallywag. We were two British sailors, one Australian, one American and me from Germany. After that, I applied for the mentoring scheme and got linked with Abby Ehler, who co-founded the Magenta Project. In October 2018, our mentoring took off. 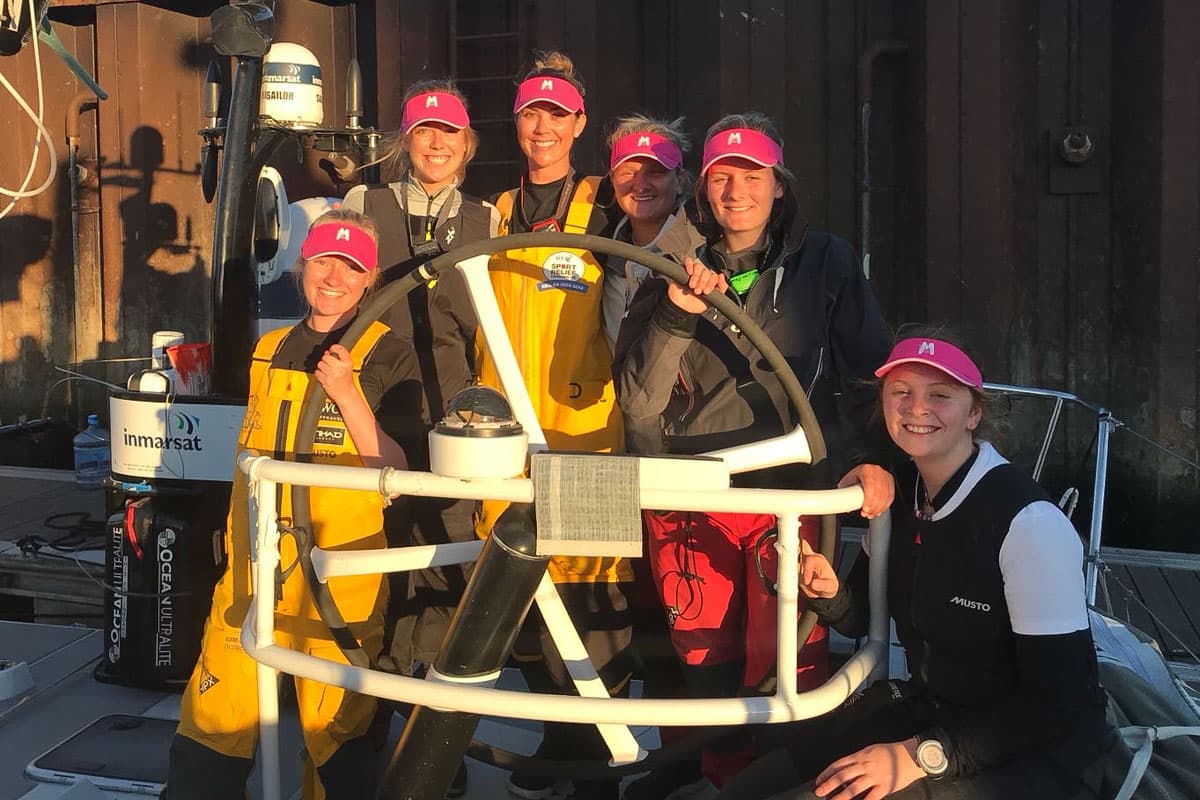 The mentoring was running over nine months. Together, we defined where my sailing career would lead to, addressed what obstacles might be on the way, and – more importantly – found ways how we could implement all the ideas.

At the beginning, Abby Ehler and I talked over the phone, but when I came back to the UK for the PhD in January 2019, we were eventually able to meet in person.

One of the biggest challenges was that I lacked necessary contacts when I moved to England. Especially in sailing, so much depends on the connections you make. Thus, for me, an important step was to learn how to find people, boats, and racing teams.

Learning how Abby Ehler operates on board

Then I had the exciting opportunity to sail with Abby in the Fastnet and the Middle Sea Race on Aegir, an 82-foot yacht as a part of the professional team, including Dee Caffari! Sailing with these role models and learning from them was invaluable. Not only watching how Abby trims sails perfectly, but more importantly, seeing how she gets involved on board was an absolute highlight.

What is a role model for you?

Having followed the 2017 Volvo Ocean Race, I knew all the names: Annie Lush, Dee Caffari, Abby Ehler. Suddenly, I had the opportunity to get to know these rock stars. Their knowledge, experience, and openness to mentoring has a lasting impact on me. Sailing together showed me the hard work that stands behind the scenes of such career. It also shed light on the possible ways to achieve that. The role models have become friends and acquaintances: we are still in touch.

Why would you recommend mentoring with the Magenta Project in particular?

I think its biggest advantage is that it opens the door for young, female sailors. It’s all about the professional contacts, the questions you can ask, and the answers you get. It has helped me to find my own path, and make some dreams come true. The mentoring provided support along that journey, sometimes building bridges, sometimes encouraging me to jump in at the deep end in order to learn. 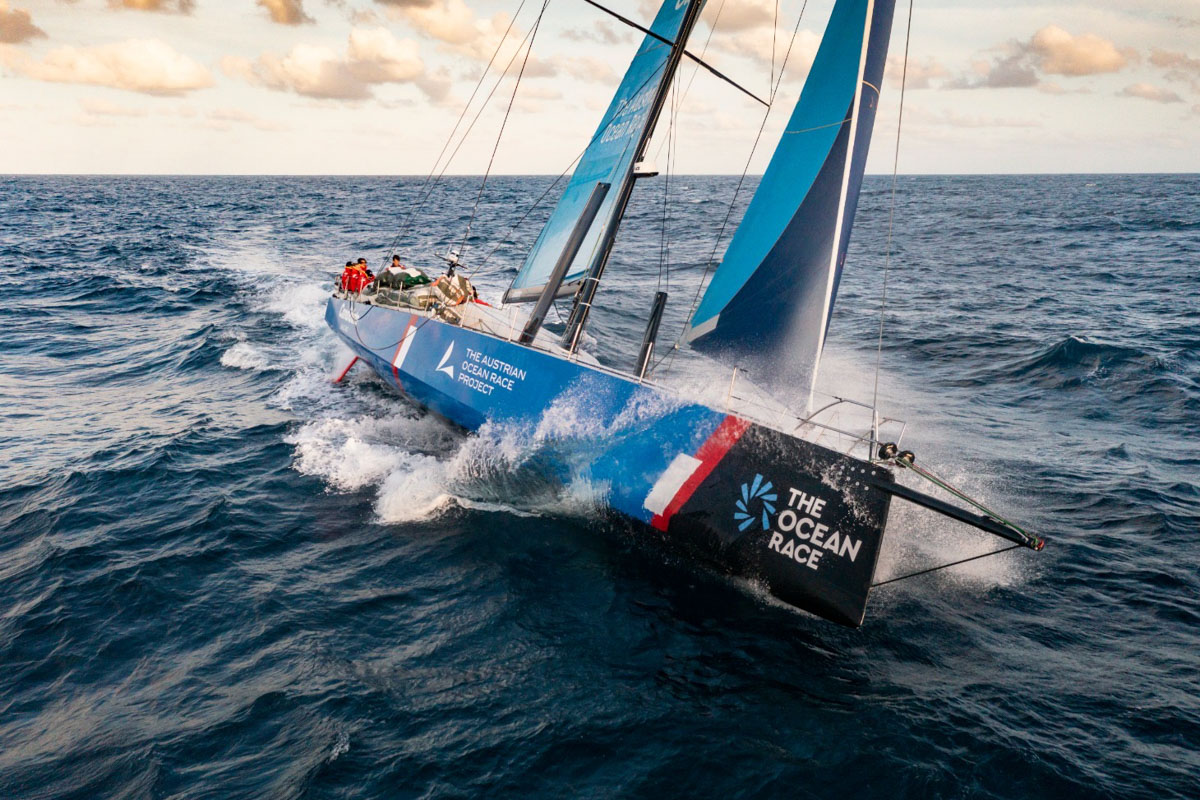 Annika aboard Sisi, the VO 65 of The Austrian Ocean Race Project © Andre Carmo/TAORP

My big dream is to participate in The Ocean Race, and the mentoring has made this come significantly closer. Dreaming is one thing but navigating towards it is another. 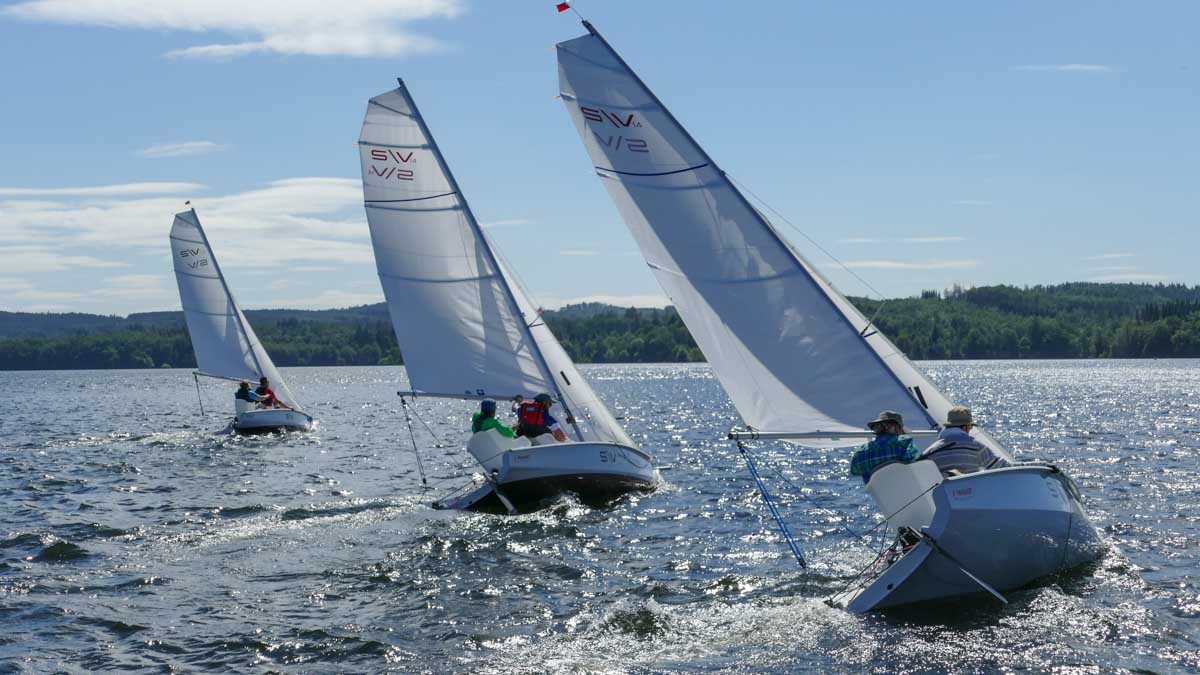 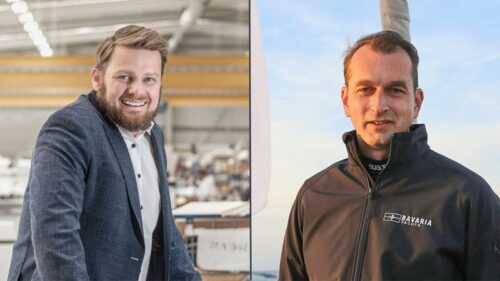