The only all-female crew among the 390 teams from 29 countries successfully completed the Fastnet Race 2019 this Tuesday’s evening. The Tutima Sailing Team achieved a good middle rank. For an amateur team that doesn’t sail professionally and starts without a new ship, this is a good result.

It was thrilling to follow the course on the race tracker when comparing the positions of the many boats. More ships than ever before were registered for the ocean regatta. On Tuesday evening at 9:43 p.m. the crew of the 13 female sailors crossed the finish line in Plymouth after three days, 22 hours and 8 minutes.

Through the lull fields

On Saturday, August 3rd, the women’s team starts in Cowes in Group 1 with light wind – a bit unusual due to the strong tide. Thanks to the weather routing, which Sebastian Wache did on behalf of float for the Tutima crew, the women sailors get through the announced calm fields well. On the first day their ship is always in the front third of its group.

The first night is so calm that the sails flutter in the wind and navigator Laila astonishedly reports that the boat is sailing backwards. Under a starry sky the crew accompanies a dolphin school in phosphorized water.

The next day the announced weather front comes. Waves up to four meters high and almost constant 30 knots of wind make sailing a physical and navigational challenge for the crew. The “Tutima” sail boat is stomping through the waves. Water is constantly coming on deck. 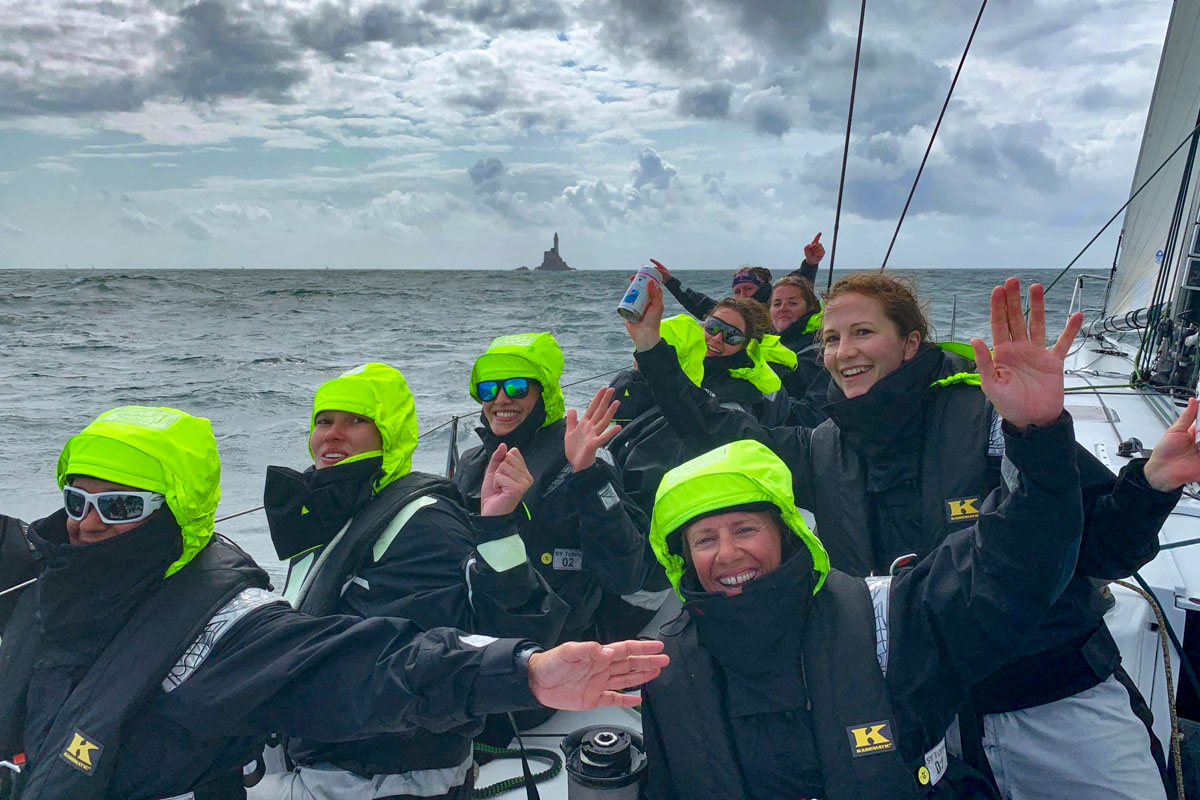 Eight out of 13 sailors get seasick, and the on-duty schedule, in which six women have to be on deck all the time, gets mixed up again and again. Below deck, the wet sailing clothes hang from the ceiling like stalactites in a cave.

Then there is the rock. On Monday at 4:11 p.m. the crew circles the Fastnet Rock, which everybody was looking forward to. The magic of the moment is enhanced by the sun breaking through the clouds at the right moment. Those who are still able to do so drink the Tutima sparkling wine. And quickly they have passed – with 20 knots of wind.

The way back is not much better. The starless second night they have a blind flight, control the sails with spotlights and the navigate only with the plotter. The wind freshens up to 37 knots. They sail in parts with two reefs. “We really got hit sometimes”, says skipper Kirsten Harmstorf-Schönwitz on the phone after the race.

It is still something special when women-only teams compete in regattas. So special that in the press department of the RORC, which organizes the Fastnet Race every year, no one can remember exactly in which year a women’s crew competed for the last time for the offshore race around the rock.

When looking through the last years’ participants lists there was none after the early nineties. Also this year it was hardly noticed internationally that a women’s team sailed the race. After all, Tutima appears in the video of the Fastnet Race 2019.

Being part of the legend

There were some mixed teams at this year’s race around the rock, partly with female skippers at the helm. As there were also women preparing for the Vendee Globe with the Fastnet Race 2019 – like Pip Hare, Sam Davies and Hannah Stodel, who even sails with a handicap.

The Tutima crew has fulfilled a dream. The 13 female sailors have sailed the wildest, most exciting and wettest regatta in their ten-year crew history. They are very proud to have come through so well. The Fastnet Race is a legend, and those who took part have ventured out into the wild Irish Sea. This is particularly present in the 40th year after the tragic accident when 15 sailors lost their lives in a storm.

The Tutima crew did not exaggerate. Kirsten, the skipper, says that she has put her focus on safety. They could have been faster, but the challenge was big enough – and they didn’t want to take any risks. Next week the team continues right away. They are sailing the Cowes Week, and need some power to do so.

What does the Fastnet Race mean for the sailors? “Once in a lifetime” a voice shouts from behind, from where the crew listens to the telephone call with the float editorial office. Congratulations, girls! The Tutima Sailing Crew goes down in the history of the Fastnet Race as the first German women’s crew ever. 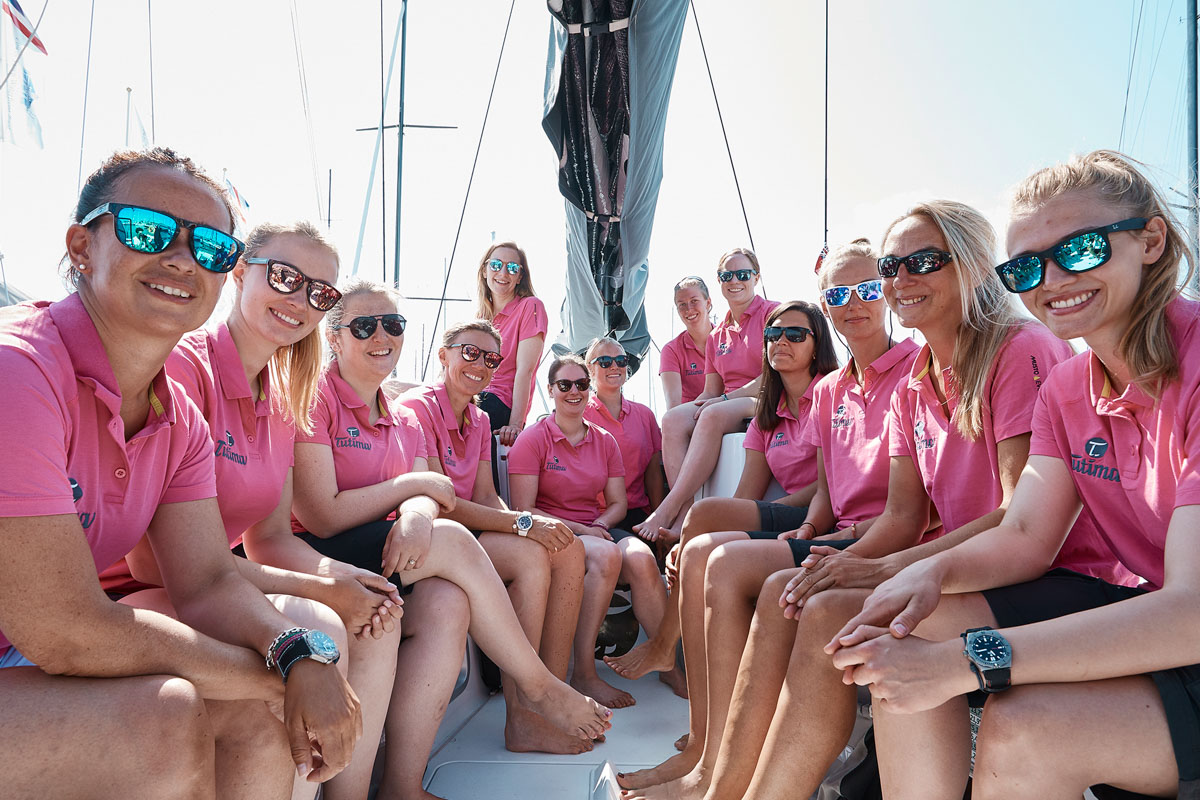 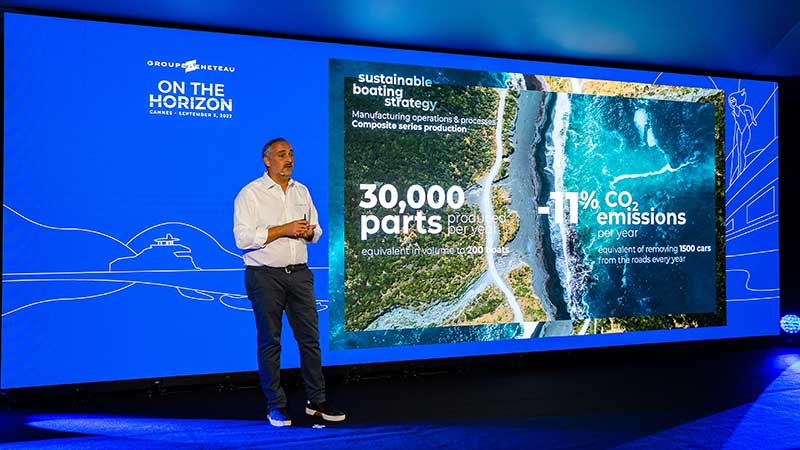 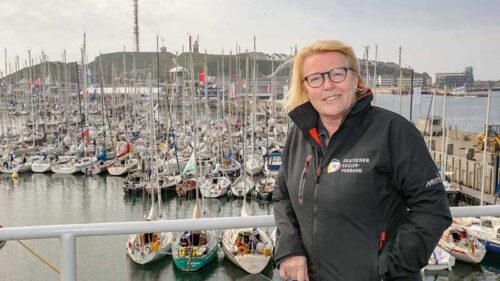