The loss event cost 22 million Deutsche Mark. The “Tui” case provided a taste of the speed at which the insurance company solves problems: the yacht with this name was demisted in the Caribbean. Within two weeks, Pantaenius inspected, regulated and procured a replacement from Denmark. 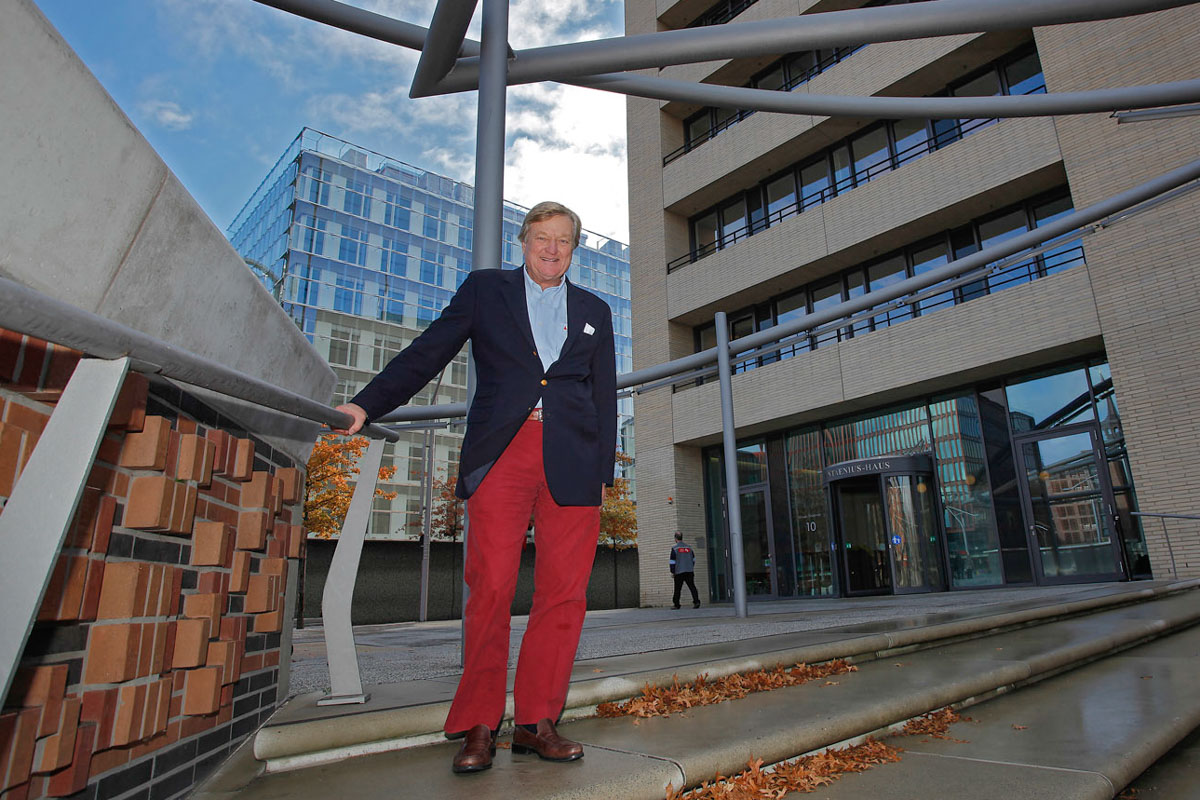 Harald was insured, too

Also the founder himself always enjoyed the protection of the Pantaenius products: “Somewhere else he would have been out long since”, jokes a close co-worker about Harald Baum’s personal amount of damages. That even a thoroughbred sailor can make mistakes is something that his son Daniel remembers from a family cruise with the yacht Elan, a Swan 48: “Harald steered his ship through the side water to Glückstadt, and shortly before entering the port we thought there was still a pair of cruise buoys somewhere.

Harald said he had known the Elbe since his childhood days and we didn’t need to tell him anything when it was already scraping the hull.Hidden behind the genoa, a green fairway buoy had simply got in the way!

Whoever has the damage and the colourful drag mark on the hull visible to everyone does not need to worry about mockery. We laughed: “Of course, in your childhood the buoy didn’t exist yet,” says Daniel Baum. Which leads to the conclusion: Damage does happen, as long as it is well insured… 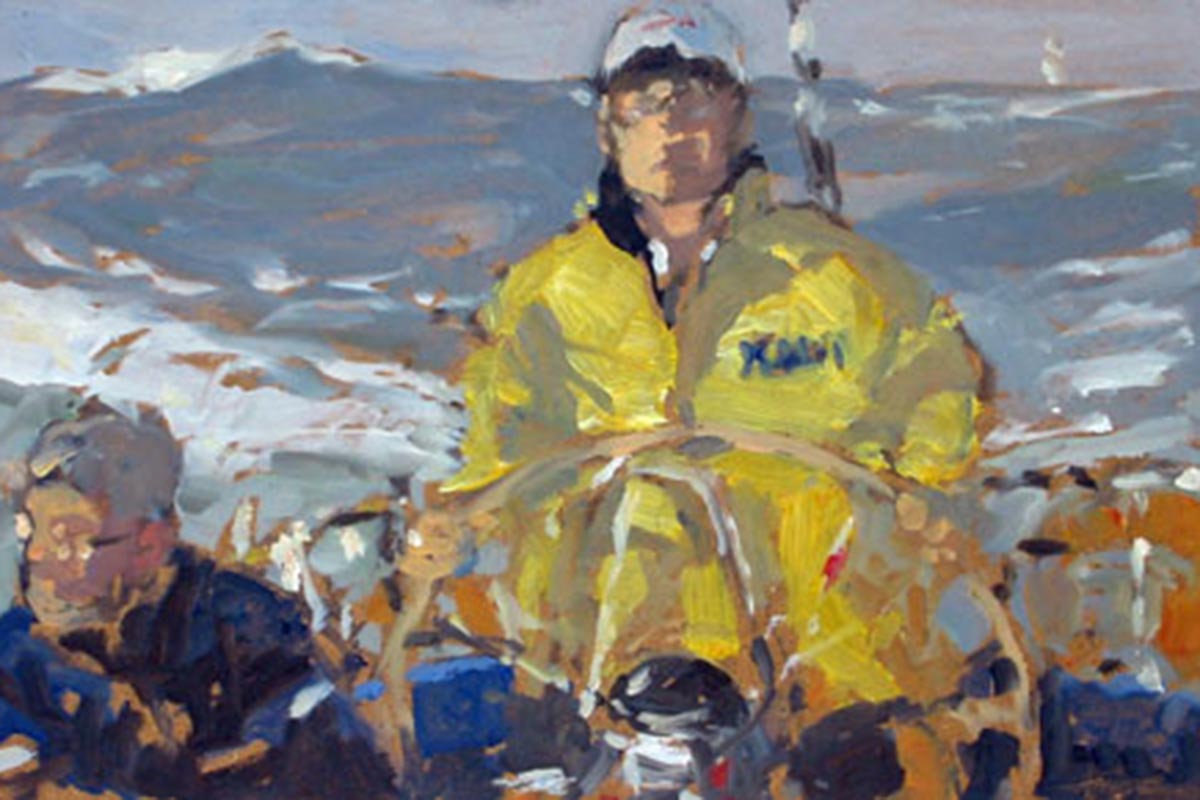 Hinnerk Bodendieck, the creative head of Pantaenius and confidant of the entrepreneur, immortalised him in the way family and friends usually experience him: at the wheel. This is where Harald Baum always feels most at home – on land and at sea. Shortly after leaving school, he became a young skipper on the Bremen yacht Diana.

He chose the Regatta Rund Skagen as his favourite route. In 1973 he set the speed record with 55 hours (+ 1 minute), which was to remain unbroken for 27 years. In 1994, Pantaenius was also to take over the patronage of Rund Skagen – the circle was complete.

However, his sailing club is located directly on the Alster: Harald Baum was the first chairman of the Hamburger Segel-Club for many years and has been the Commodore for a few years now.

Lifetime Award of the Offshore Sailors

Two years ago, the enterprising entrepreneur retired from operative business and handed Pantaenius over to his children Anna, Daniel and Martin Baum. Nevertheless, Harald Baum remains closely connected to the house even at the age of 80 and can be found almost daily in his office at Pantaenius House in Hamburg’s Hafencity. 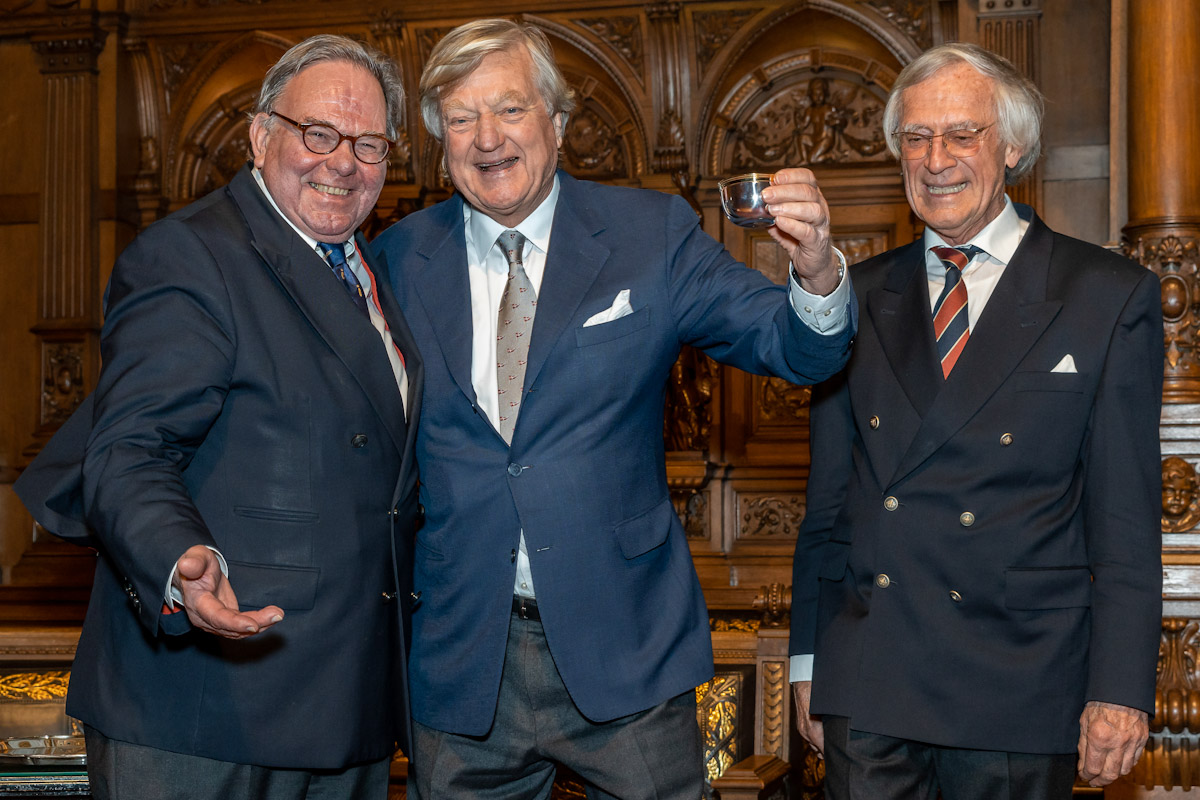 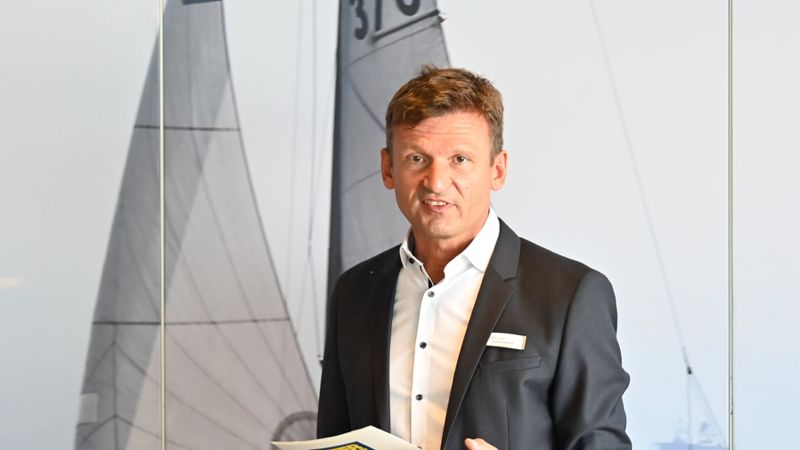