Week nine of the Vendée Globe has seen over half the fleet back in the South Atlantic, having rounded the final great cape, the notorious Cape Horn, of which for 10 sailors it was their first time rounding.

This is a huge achievement and a moment to be remembered. Some saw the dark shadow of the infamous landmark clearly, for others it was the flash of light from the lighthouse that let them know where they were and for a few they did not see anything but relied on their electronic software to show them on the computer screen when they had magically moved from the Southern Pacific Ocean back into the Atlantic. Pip Hare was deeply impressed during her first Cape Horn circumnavigation.

They have left the Southern Ocean behind, but it was Isabelle Joschke that reminded us that despite the Southern Ocean being behind the sailors, they are still a long way from home, and anything can still happen. It was devastating news this week that Isabelle on her boat MASCF had to abandon her race and is looking for safe passage to a haven as her keel free swings within her IMOCA. The hydraulic keel ram controls the head of the keel and allows it to cant to weather to add righting moment and stability to the boat.

This had failed on MASCF a week ago and Isabelle had a backup plan in place of a dummy ram to hold the head of the keel in the middle position to prevent it swinging around. She had been sailing well in this compromised condition but sadly as he was dealing with a depression back in the Atlantic, she found the spare ram had also failed. Scary times indeed. With assistance from weather routers, she has found the fastest way out of the rough seas and strong winds and is looking at the best port to navigate to. Sailing upwind in her condition with the keel is not a safe option, so we wish her all the best in this challenge that lies ahead of her. 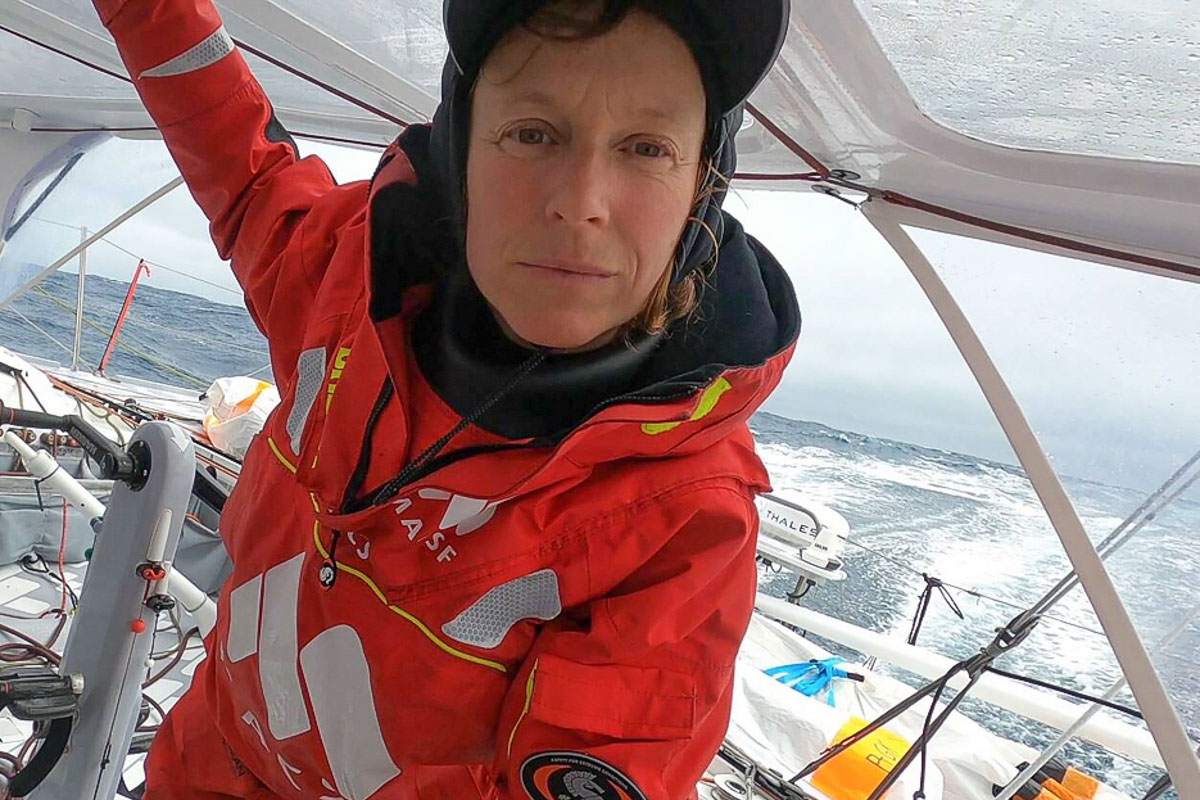 The route out of the Southern Ocean has not been an easy one for any of the sailors in the front half of the Vendee Globe fleet. Complex weather that looks more like a chess board of high-pressure systems, has meant they have had to weave their way from one patch of wind to another. The substantial lead that Yannick Bestaven pulled out as he rounded Cape Horn of 400 miles, has disappeared as we see a compression of the first 12 boats already. 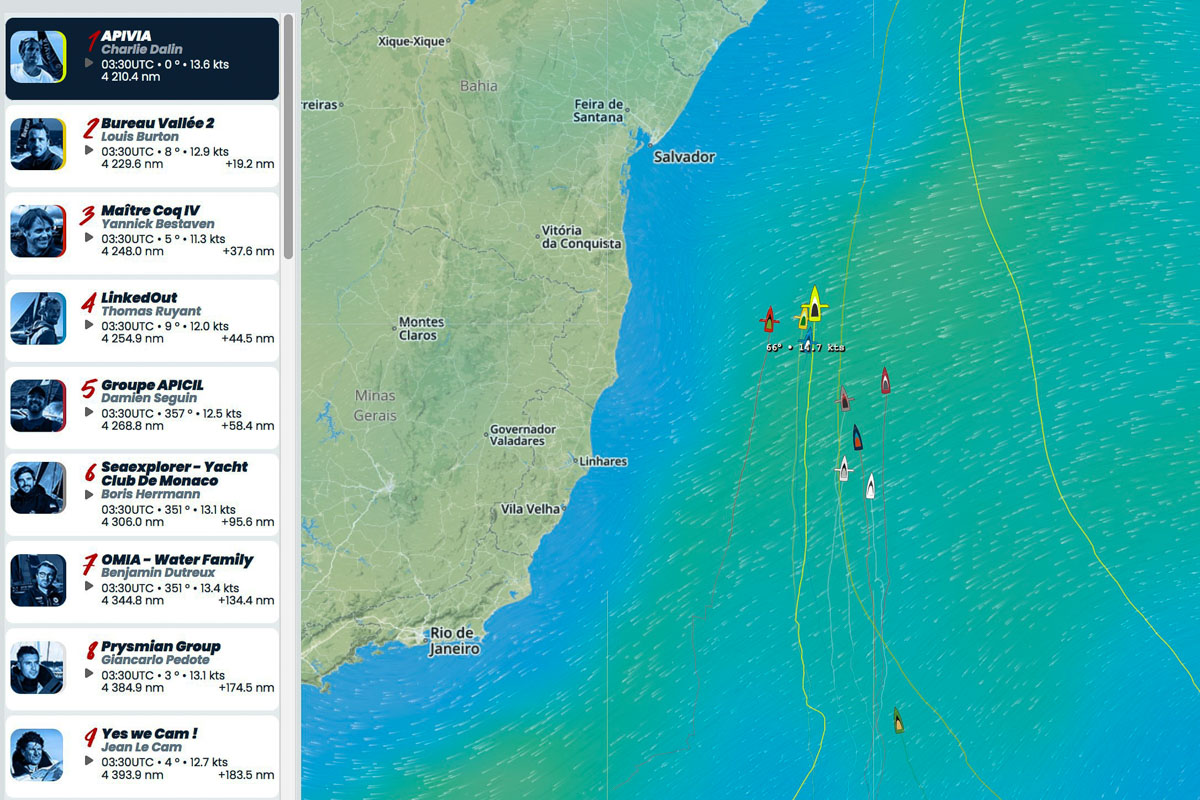 As I write this, the first four boats are within 20 miles of each other having sailed 80% of the course. This is making Vendee Globe history. To have a re-start in the South Atlantic off Brazil is unheard of. We have a mixture of new IMOCA’s and old ones, foilers and non foilers alike. We have those with experience and those racing for their first time. It is an incredible race that these sailors are giving us and the perfect distraction from the difficult restrictions many of us are facing in our everyday lives.

Not only do we see strong comebacks from a few sailors back in contention and trying to time their attack perfectly to finish on the podium, but we have some more impressive comebacks to note. Jeremie Beyou onboard Charal, has already rounded Cape Horn having re-started his race nine days after everyone else. He clocked the fastest passage from the Cape of Good Hope to Cape Horn in a time of 30 days 14 hours and 27 minutes. 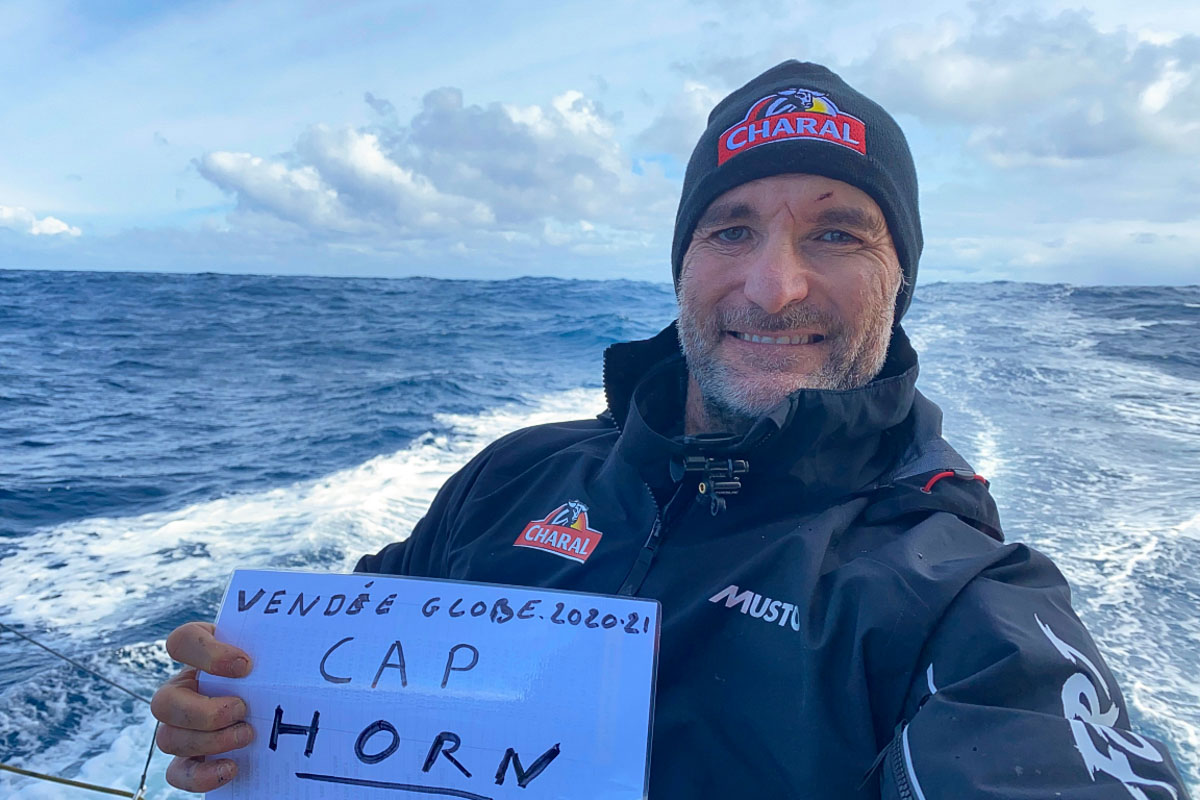 An exceptional passage through the Southern Ocean

Jeremie was the race favourite on start day but faced some issues compromising his race on the second day when he hit something. He made the difficult decision to turn his boat around and sail 600 miles to return to Les Sables D’Olonne to fix the boat. A dedicated team of twenty people then worked 24 hours a day on his boat to get it back to 100 % of its potential.

Then, demonstrating his strength of character, Beyou stepped back on his boat and headed out to cross the start line for the second time, (the line remains open for ten days), on day nine. His fellow competitors were some 2.500 miles south of him and were approaching the doldrums. He has not found it easy and has often shared his frustrations with us.

He did admit as he approached the first sailor at the back of the fleet that he finds it easier to sail with other boats around and this has been reflected in his exceptional passage through the Southern Ocean. Jeremie has worked his way back to 16th place and with the congestion ahead I am sure it has fuelled his ambition to keep pushing to the finish. 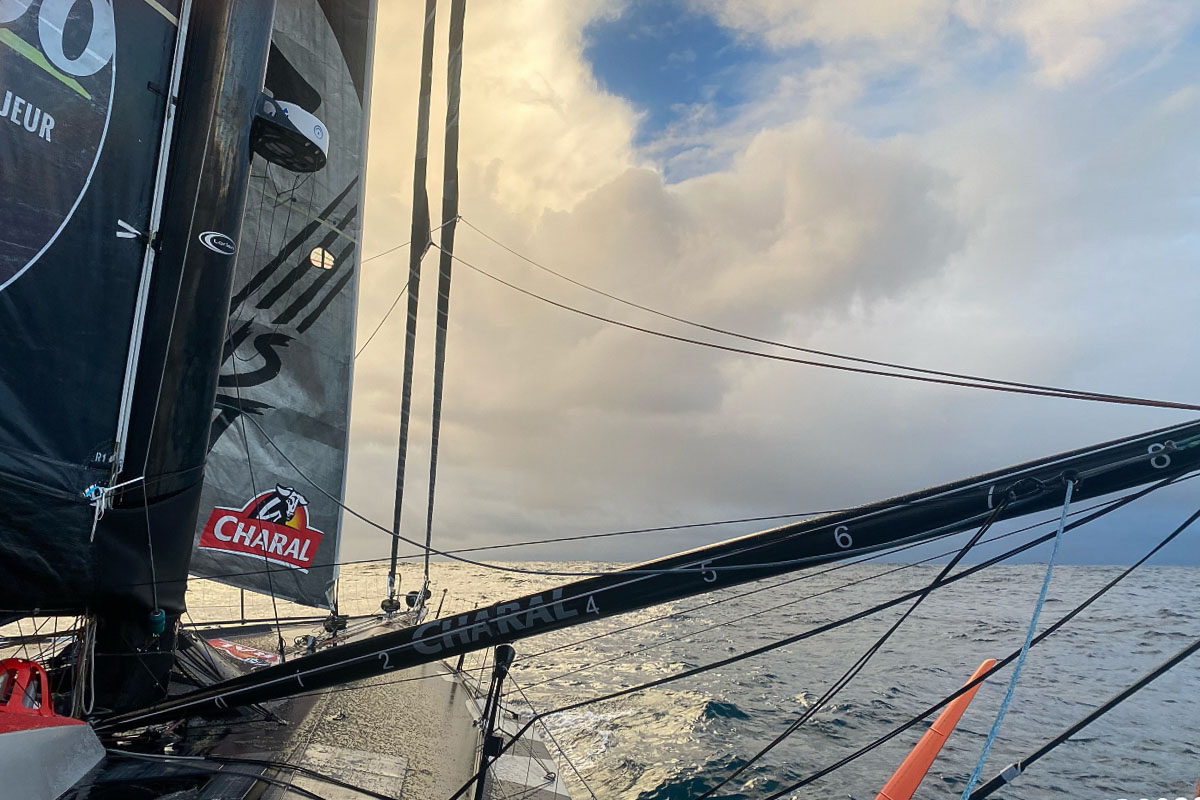 An outstanding performance like this has not been seen since Mike Golding dismasted 8 hours into his race in 2000 and returned to Les Sables D’Olonne, to fit a new mast, new rigging and new sails to re-start his race again on day 8. I worked for Mike Golding at this time and I remember the huge effort it took for everyone and how hard it was for Mike to start the race for the second time on his own. He went on to finish in 7th place.

The other comeback king this race has been Armel Tripon onboard L’Occitane en Provence. He has a new Samuel Manuard design boat that is quite different compared to the rest of the fleet. His boat features a scow bow more commonly seen in the mini 6.50 fleet and class 40 fleet, and his foils are more ‘C’ shape and capable of more retraction than the classic shape foils.